The Children's Place (NASDAQ:PLCE) is acquiring rival children's clothing maker Gymboree out of bankruptcy for $76 million. Of note, it's only buying Gymboree's brand and intellectual property, not its stores or inventory, which have already been liquidated.

This is an interesting move for The Children's Place because it raises several questions about the company's strategy going forward. Does this acquisition make sense, or is the company squandering cash on a worthless asset?

To better understand if the acquisition of Gymboree's assets is a good idea, it helps to understand why Gymboree went bankrupt in the first place. If Gymboree's brand has little value, then PLCE would be better off saving its cash.

The primary culprit in Gymboree's downfall was too much debt. In 2010, private equity firm Bain Capital acquired Gymboree for $1.8 billion. Bain saddled the company with debt and executed a growth strategy that involved opening 1,300 stores globally. The heavy debt load combined with the investment required to open new stores stretched the company financially at the wrong time and resulted in Gymboree filing for bankruptcy for the first time in 2017.

Through Gymboree's initial 2017 bankruptcy, it reduced its debt load by $1 billion and received a cash infusion from new investors. Unfortunately, industry conditions for mall-based retailers deteriorated, and the company still had too much debt on its balance sheet. In December 2018, Gymboree announced it would close unprofitable stores and sell the company. No buyers materialized, which led Gymboree to file for bankruptcy once again in January 2019.

In bankruptcy circles, onlookers often debate whether a business failed because it was a bad business or had a bad balance sheet. As a mall-based retailer with several competitors, Gymboree was not the best business in the world; however, the company primarily failed because of its debt-laden balance sheet. The takeaway for The Children's Place is that Gymboree's brand had value but was trapped inside a bad corporate structure. PLCE could be well positioned to extract value from the Gymboree brand with the right strategy.

The plan for Gymboree

The Children's Place and Gymboree were direct competitors. Now that the war is over, PLCE envisions an opportunity to take market share by opening new Children's Place stores where Gymboree left a void in the market and by selling Gymboree-branded apparel at its stores.

On the Q4 2018 investor call, where the company announced its acquisition of Gymboree, PLCE's management team described an opportunity to capture $600 million of market share in the children's apparel market left behind by Gymboree. The Children's Place is best positioned to capitalize on this opportunity because it caters to a similar customer base and had 70% store overlap with Gymboree at shopping malls.

The first way The Children's Place will take market share is by opening new stores. As part of Gymboree's bankruptcy, its stores were closed and its inventory was liquidated. The Children's Place has identified 25 new store locations over the next two years where it believes the closure of Gymboree has created an opportunity. However, PLCE could have opened new stores without acquiring the Gymboree assets.

The other key way PLCE will capture market share is by selling Gymboree products in The Children's Place stores and online. Gymboree had many popular apparel lines; in fact, PLCE has admitted to copying some of Gymboree's lines to capitalize on their popularity. Now, with control of the Gymboree brand, the company can sell both brands and eliminate products that are redundant. This can help The Children's Place reach customers who are still loyal to the Gymboree brand while elevating it with new distribution in PLCE stores and online.

One notable aspect of the plan is what The Children's Place is not doing. The company has no plans to operate any Gymboree stores. PLCE plans to simply sell the popular Gymboree items through its existing channels. This is a low-risk strategy for PLCE but raises a question as to how much could have been accomplished without the acquisition. 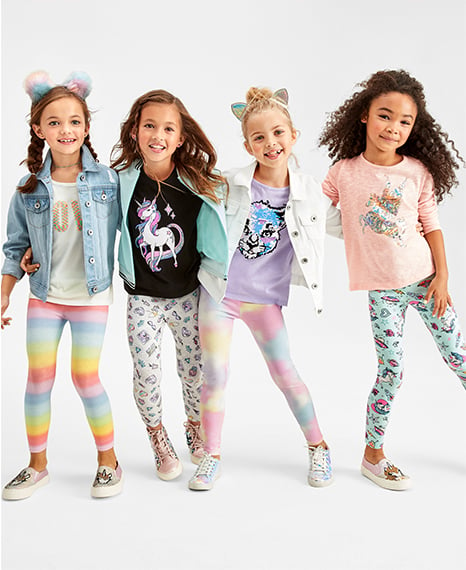 Does the Gymboree deal make sense?

The best way to judge if an acquisition is a success is to ask whether the company would have been better off with or without the transaction.

According to the company, in addition to the $76 million in cash paid, the acquisition will require some additional investment to integrate the Gymboree products into its stores. The upfront investments will be a net negative to PLCE's net income in 2019 but are expected to be accretive to earnings by 2020. In other words, The Children's Place believes that the Gymboree assets will lead to earnings growth, which by itself should justify the acquisition.

No one can definitively know the answer to these questions. What is clear, though, is that The Children's Place sees value in Gymboree's brand and wanted to keep Gymboree out of the hands of a potential competitor. From the perspective of The Children's Place, the Gymboree acquisition has strategic value in addition to direct financial benefits.

The Children's Place is a profitable company and reported a net cash position on its balance sheet last quarter. The company can easily afford to acquire Gymboree. Therefore, the decision to buy Gymboree was a fairly low-risk proposition with strategic and financial benefits. The Children's Place likely made the right decision to acquire Gymboree and will now be able to dominate the niche for children's apparel without worrying about competition from its former rival.