The maker of Mi Fit and Amazfit wearables is running a secondary offering that adds zero value to the business.

Shares of fitness-tracking device maker Huami (HMI 6.73%) fell as much as 12.4% on Thursday morning as investors reacted to the pricing of a secondary stock offering. By 11:20 a.m. EDT, the stock had recovered somewhat to a 10.7% drop.

Three weeks ago, the company filed a proposal to sell new American Depositary Shares on the NYSE, representing as much as $150 million of Huami's Chinese Class A shares. The stock closed 8% lower that day. Today, the company followed through on that intention by pricing the sale of 7.93 million ADS shares at $9.75 per stub, adding up to $77.3 million. That's a smaller offering than originally intended, but the final selling price also landed 12% below Wednesday's closing price. 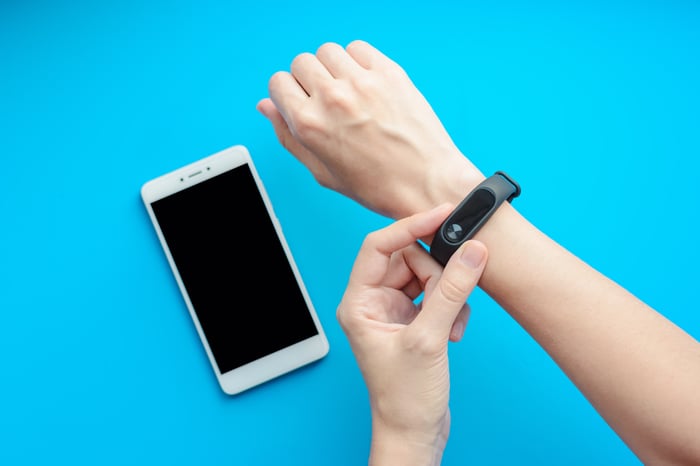 A $77 million secondary offering is a significant structural change for a stock whose market cap stops at just $599 million and even more so when you consider that the company doesn't get to pocket any of the proceeds from this sale. The new shares entering the public market come from a handful of large holders of the underlying Chinese stock, which doesn't appear to trade on the Shanghai or Shenzhen exchanges. In other words, this is a dilutive move that produces nothing of value to public investors. It's all about insiders cashing in some of their privately held chips while the getting is good.