Management is shifting its capital spending policy after another challenging quarter for hydraulic fracturing.

Investors in Halliburton (HAL 2.59%) and other oil services businesses were probably expecting a challenging first quarter, after warnings in the previous quarter that large markets like North American shale drilling have been constrained by a multitude of factors. While Halliburton was able to report slightly better than expected results in the quarter, management said 2019 will probably remain a slow year, and it's making some strategy decisions to reflect that reality.

So let's look at Halliburton's most recent earnings to see how the company performed in a weaker North American shale market, what it plans to do for the rest of the year in response, and what that means for investors. 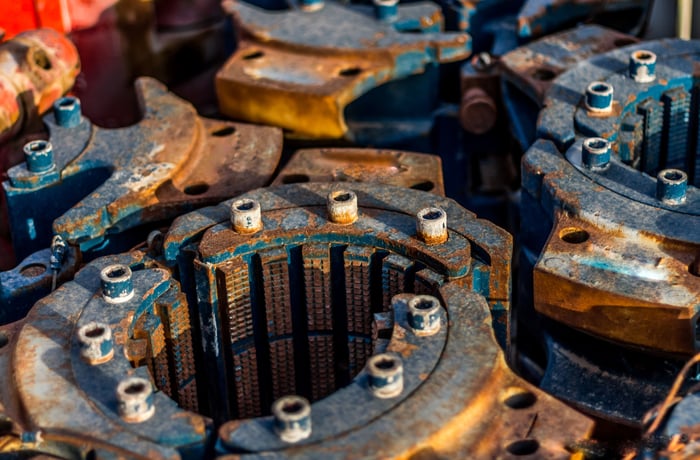 Overall, Halliburton's results were more or less in line with the trends we've seen over the past few quarters. While the company continues to see incremental gains in the international market, its bread-and-butter market in North America is incredibly volatile. This past quarter, revenue in the international segment grew impressively at 11%, but that was offset by a 7% revenue reduction in North America, thanks to the slow start for hydraulic fracturing in 2019.

The decline in North American service revenue hit margins particularly hard in its completion and production segment. Lots of idle equipment and weaker pricing for commodity services such as pressure pumping were the largest contributing factors to this decline. 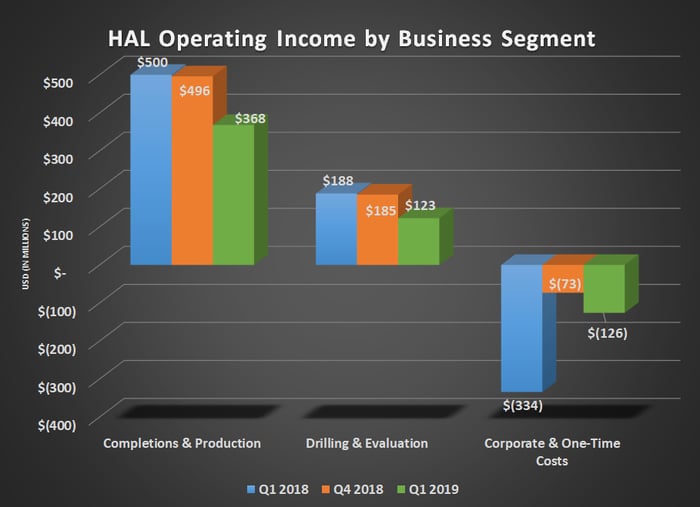 The number that really pops out in this report, though, is the decline in free cash flow compared with this time last year. Much of that can be attributed to a large working capital build in the quarter -- $515 million versus $88 million in Q4 2018. Buildups and drawdowns in working capital are very common in capital-intense businesses like this and can make free cash flow results look lumpy from quarter to quarter. It may be worth following up on this in the coming quarters, but it isn't anything worth fretting about at this point.

Shale drilling in North America has been an incredible development for the global oil market, but it's been a nightmare business for oil services companies. The rapid ups and downs of this industry have made it incredibly difficult to allocate capital effectively and generate decent returns. After this most recent slowdown, it appears Halliburton's management is reassessing its approach to the fracking market. On the company's conference call, CEO Jeff Miller described how the company is changing its capital spending plan:

Halliburton will significantly reduce North America hydraulic fracturing [capital expenditures] this year. We have sufficient size and scale in the market today and see no reason to invest in growth when it comes at the expense of returns. The capital that we do spend will be mostly directed toward improving efficiency, reducing emissions, and refurbishing equipment. I'm frequently asked, when will we add hydraulic fracturing capacity again. Let me tell you, I don't see that happening until the market has better supply and demand balance and substantially better pricing, and despite the ongoing market rebalancing I just described, the market conditions are not conducive to adding capacity.

You can read a full transcript of Halliburton's press release. 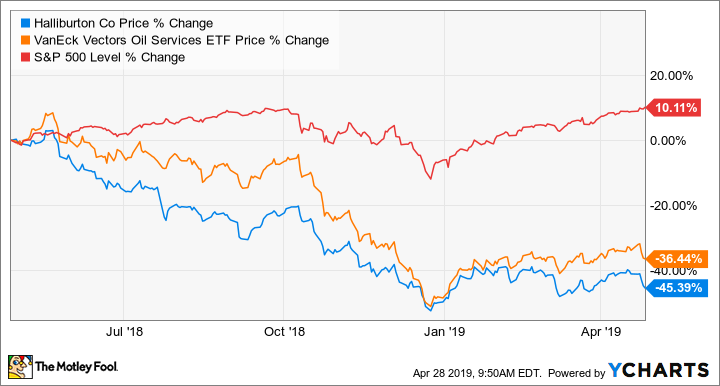 The long and winding road to a recovery

For any investor who bet on an oil and gas recovery a few years ago, that investment thesis has been an agonizingly slow one to develop. Oil services companies have been trying to find that right balance between trying to grow their businesses and capture market share with maintaining a certain level of profitability when oil and gas producers have had the upper hand in negotiating service contract pricing.

How long it will take Halliburton and its peers to find the right balance is impossible to tell. Six months from now, when new pipelines get built to increase takeaway capacity from major shale basins, the pressure pumping market could become significantly undersupplied in a matter of weeks. Conversely, another drop in oil prices could bring producers' capital spending plans to an abrupt halt.

This is an incredibly difficult market to predict, so Halliburton's decision to stand pat sounds like a prudent move. It's probably going to take much longer than anticipated for an investment thesis based on a broader recovery for the oil and gas industry to play out. Based on Halliburton's financial results and its strategy, though, it's looking like one of the best bets to take advantage of that investment thesis.