Here's what keeps driving shares up.

Investors have been quick to jump on the Pinterest bandwagon, creating one of the hottest IPOs in recent memory. The company went public at $19 per share, and Monday's 14% gain put the stock price at over $34, marking its seventh straight day of gains.

The stock was expected to launch at $15 to $17 per share, which many investors and analysts called conservative. And while many IPOs are volatile after going public -- witness Lyft's recent IPO flop for an example of volatility in the wrong direction -- will Pinterest generate the growth needed to keep investors interested? 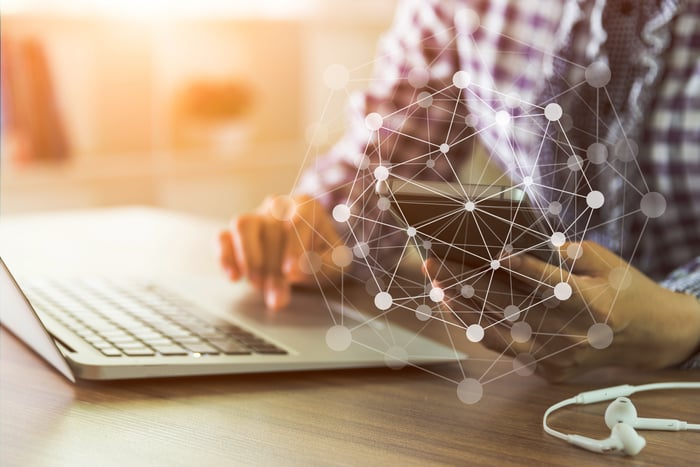 Fortunately for investors, Pinterest seems to be running a solid business, with 291 million active users, a narrowing bottom-line loss, and surging top-line revenue. But what's intriguing about Pinterest is that it's only scratched the surface of monetizing its user base. Consider that those 291 million monthly active users as the of the most recent quarter marked a 22% gain, and even that is dwarfed by the 51% to 54% increase in revenue the company expects to report for the first-quarter results due out in a few weeks.

Part of the driving force of its revenue increase is the power of discovery. Basically, consumers go to Pinterest to discover or be inspired by something new and often are close to making a purchase -- and that's of high value to advertisers.

Management admits the company is still in the early stages of developing and optimizing its advertising product designed around its high-value consumers and advertisers. Investors shouldn't expect Pinterest to displace advertising giants such as Google and Facebook, but Pinterest does have a valuable user base, its financial figures are moving in the right direction, and there's growth to be had both by expanding internationally and further monetizing its current user base.

Pinterest has been red-hot since its IPO, and it could keep moving higher.