Pinterest (NYSE:PINS) made its long overdue debut on Thursday, and the IPO was a hit. The fast-growing social discovery specialist went public at $19, and it wasn't enough. The debutante's shares opened at $23.75, inching higher to close its first day of trading at $24.40.

The 28% gain makes Pinterest one of this young year's hottest IPOs, but this doesn't have to be the end. Let's go over some of the things that can keep the gains coming for Pinterest's new investors. 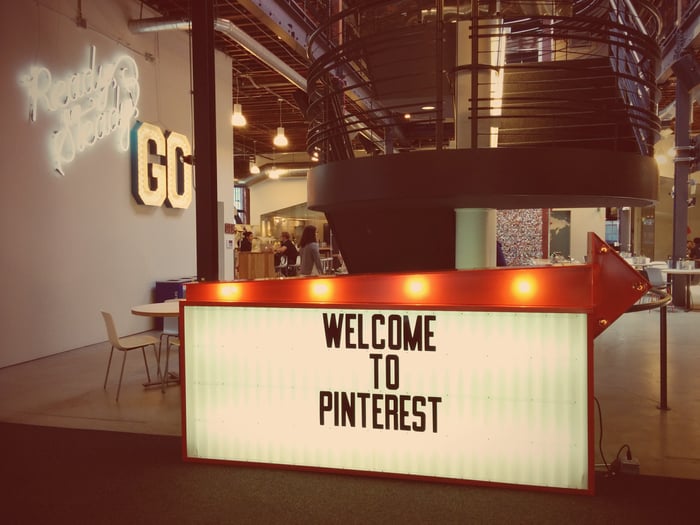 Nearly 300 million people worldwide rely on Pinterest for visual ideas and inspiration, and it's paying off. Revenue soared nearly 60% to hit $755.9 million last year, and the top-line growth accelerated following a 58% clip in 2017.

A lot of dot-com speedsters are paying up for heady growth, but Pinterest's bottom line is actually improving. Yes, Pinterest is still losing a lot of money. However, we've seen its net loss shrink from $182.1 million in 2016 to $130 million in 2017 to less than $63 million last year.

The number of Pinners is growing. Pinterest estimates that it had an average of 291 million monthly active users through the first quarter of this year, up 22% over the prior year. It expects to report a 51% to 54% uptick in revenue when it announces first-quarter results in the coming weeks, and that may be decelerating growth but it's a lot faster than its user base is climbing.

Advertisers are flocking to Pinterest, and the platform is serving up more ads in the process. Average revenue per user -- or ARPU -- has risen 24% to 26% over the past year, and we're just getting started. Pinterest expects ARPU for the first three months of this year to clock in between $0.72 and $0.73.

It may not seem like much. Generating less than a penny per day in revenue per user doesn't sound very exciting, especially on a free money-losing platform. Thankfully, there's a high ceiling here. Pinterest is a visual hub across a wide range of interests, and some of those categories can be pretty lucrative for marketers and sponsored brands.

Some of social media's most popular platforms are steeped in notoriety these days. Google the term "Pinterest scandal" and the first entry you will see is ABC's page for the Scandal TV show. You'll find a lot more stories bubbling to the top of your query results when you run the same experiment with the hottest social apps.

This may not seem like much of a selling point for a stock, but it matters if you're an advertiser. We're seeing prolific advertisers pull from video-sharing sites and social networking hotbeds because their brand can be tarnished by association.