2019 is shaping up to be a busy year for tech IPOs. Ride-sharing platform Lyft went public a couple of weeks ago, Zoom Video Communications started trading Thursday, and ride-sharing and technology giant Uber is expected to go public shortly. 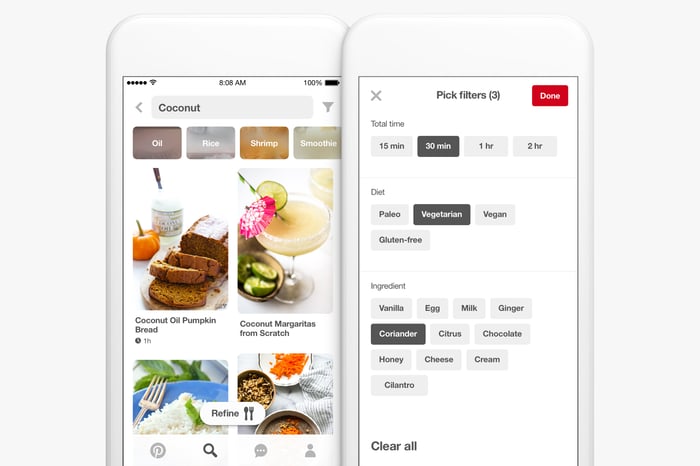 Pinterest has evolved into a popular social media platform with hundreds of millions of users. Image source: Pinterest.

Pinterest's IPO by the numbers

Based on its IPO pricing, it appears that there was strong demand for Pinterest's shares. The company originally anticipated an IPO price in the $15 to $17 range, but ended up announcing a finalized IPO pricing of $19 per share on Wednesday.

This gives the company a valuation of $10 billion and raised $1.43 billion. This is still lower than the company's $12 billion valuation from a 2017 financing round. But it shows that investors are certainly willing to bet on the long-term success of Pinterest, which is currently not profitable but grew its revenue by 60% in 2018 while narrowing its losses.

When did it actually start trading and how did it do?

Pinterest first started trading on the open market at approximately 11:30 a.m. EST. The first trade occurred at a price of $23.75, a 25% premium over the $19 IPO price. The opening share price implies a $12.5 billion valuation for Pinterest, which is higher than its 2017 financing round. In other words, based on Pinterest's opening price, everyone who got in before the IPO has made money -- at least on paper.

It didn't stop there. Pinterest continued to rise after opening. By 11:45 a.m. EST, the stock had reached as high as $24.89. So while it's very early in Pinterest's time as a publicly traded company, it's fair to say that initial investor demand is strong. It appears that in addition to investors who were able to buy shares at the IPO price, there's still a lot of demand for Pinterest shares from the public.

What to expect over the next few days

In a nutshell, expect volatility. IPOs, particularly those as widely anticipated as Pinterest's, tend to be rather volatile for their first several days of trading as supply-and-demand dynamics struggle to find equilibrium. Sometimes recent IPOs soar higher as investor demand rushes in. In other cases, as with the recent Lyft IPO, the stock can be quite volatile with a negative direction after going public: 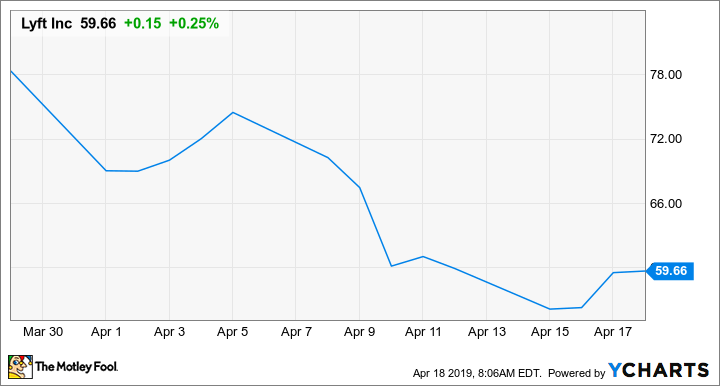 While Pinterest's ultimate share price direction in its early publicly traded life is anyone's guess, investor demand is certainly helping it get off to a strong start, and it's fair to expect some significant price moves over the coming days.