The latest big tech IPO is set to begin trading Thursday. Here’s what potential investors should keep in mind as they decide whether or not to buy.

Pinterest is the latest company in a wave of big IPOs expected to take place in 2019. Following Lyft's recent public offering, Pinterest is set to begin trading under the ticker symbol PINS on Thursday with a valuation of more than $10 billion at an expected offering price between $15 and $17.

As a general rule, investing in an IPO is significantly riskier than investing in an established company with a track record of profitability. Although they are often portrayed as millionaire-making investments, the reality is that most IPOs actually underperform the stock market for their first several years as publicly traded companies. 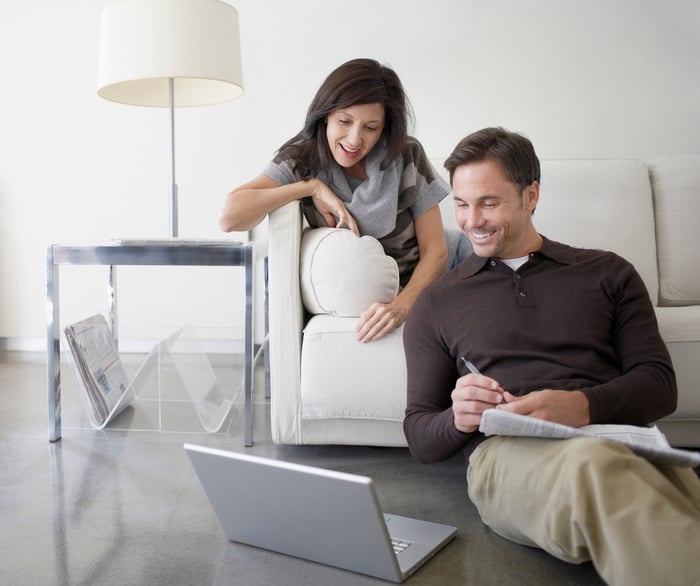 Companies issuing IPOs typically focus on growing the business and aren't really worried about making a profit, and Pinterest certainly fits this description. In fact, one of the more common reasons companies decide to issue IPOs is to raise cash to cover operating losses. It can be several years before the typical IPO company is consistently profitable, and many never get there.

This is why many high-profile investors stay away from IPOs entirely. Warren Buffett, largely considered to be the best buy-and-hold investor of all time, has compared IPO investing to playing the lottery.

Things to know about Pinterest's IPO

So far, we've looked at IPO investing in general and why it's a bit riskier than investing in established companies. Here are a few things to know about Pinterest's business specifically leading up to its IPO:

In a nutshell, Pinterest is in rapid-growth mode but isn't profitable yet. The company has many challenges to overcome if it wants to sustain its growth and become profitable. In short, this isn't going to be a safe, predictable investment. If you're seriously considering an investment in Pinterest, my colleague Chris Neiger recently wrote an article that explains these points in greater detail.

If you invest, here's what to expect

We won't know the exact IPO price for Pinterest shares until the day before it prices (likely at some point on Wednesday afternoon), but the company plans to sell shares at a price between $15 and $17, which, at the midpoint of this range, would imply a valuation of about $10.6 billion. It's important to point out that by the time Pinterest shares are actually available for open-market trading sometime during the Thursday trading session, it's likely the price will be significantly different from the IPO price.

Whether you successfully buy shares of Pinterest at its IPO price or buy shares on the open market once trading begins, expect a fair amount of volatility over the first few days, weeks, and even months. Some recent IPOs, such as Yeti, have roughly doubled from their IPO prices, while others like Snap are trading at less than half of their initial prices.

Why AppLovin Stock Was Plummeting This Week