The midrange Pixel 3a and 3a XL could rescue the smartphone segment.

Regardless of whether you think the Pixel 3 is competitive with comparably priced flagships (it isn't), in hindsight the move was rather poorly timed. 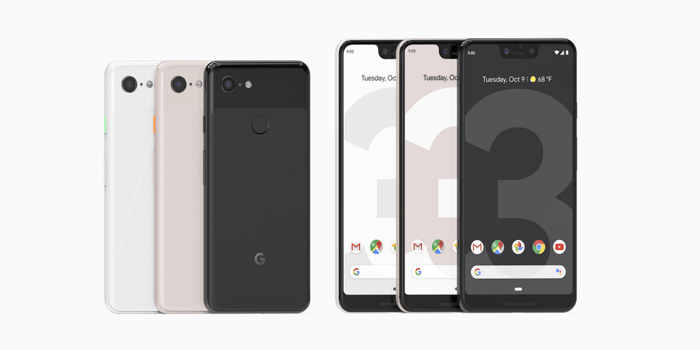 Premium smartphones are taking a hit

The search giant's parent reported first-quarter earnings last night, and Alphabet acknowledged that hardware revenue -- particularly Pixel sales -- has suffered. Google does not disclose hardware revenue outright, instead aggregating it within "Google other revenues." That segment did grow to $5.45 billion thanks to strong growth of Google Cloud and Google Play, but Pixel phones simply aren't selling very well. That's despite numerous promotions that ran throughout the quarter in an effort to move units.

"Hardware results reflect lower year-on-year sales of Pixel, reflecting in part heavy promotional activity industrywide, given some of the recent pressures in the premium smartphone market," CFO Ruth Porat said on the conference call. Google Home products are selling well, as the company is still a formidable player in the smart speaker space and its new Home Hub has garnered good reviews.

Porat added, "With respect to hardware results, while the first-quarter results reflect pressures in the premium smartphone industry, we are pleased with the ongoing momentum for Assistant-enabled home devices, particularly the Home Hub and Mini devices, and look forward to our May 7th announcement at I/O from the hardware team."

CEO Sundar Pichai also chimed in, "Phones, definitely across as an industry, I think we are working through a phase where there is definite year-on-year headwinds, but I do think, especially the ecosystem is constantly pushing it forward, I continue to be excited about the innovations, be it 5G coming or the early look into foldable phones, which Android plays a big part in driving."

"Help is on the way"

Google is hosting its annual I/O developer conference next week, and Porat teased a hardware announcement for the opening keynote. A couple of weeks ago, Google had updated its online storefront to say that "something big is coming to the Pixel universe" on that date, under the tag line "Help is on the way." That tag line is related to a marketing partnership for Avengers: Endgame, but Google could actually use some help in its phone business right about now.

Reports surfaced last year that Google was working on midrange Pixel phones, dubbed "Lite" models at the time but now expected to be called the Pixel 3a and 3a XL. In shifting its focus back down to midrange price points, Google is implicitly acknowledging that its premium pricing strategy has not worked well.

Apple has been raising its prices as a way to cope with declining unit sales and longer upgrade cycles, but Google is relatively new to first-party phone hardware and should instead be trying to grow unit sales with more aggressive pricing. Investors won't have to wait too long to hear more about the Pixel 3a and 3a XL, which could be precisely the help that Google needs.