Shares of Corning (NYSE:GLW) stock plummeted 10% in early trading, this morning after the glass giant reported fiscal Q1 2019 earnings results -- a surprising fall given how soundly those results trumped expectations. On the plus side, the share losses are moderating as the day goes on. As of 1:05 p.m. EDT, Corning shares are down "only" 5.9%. 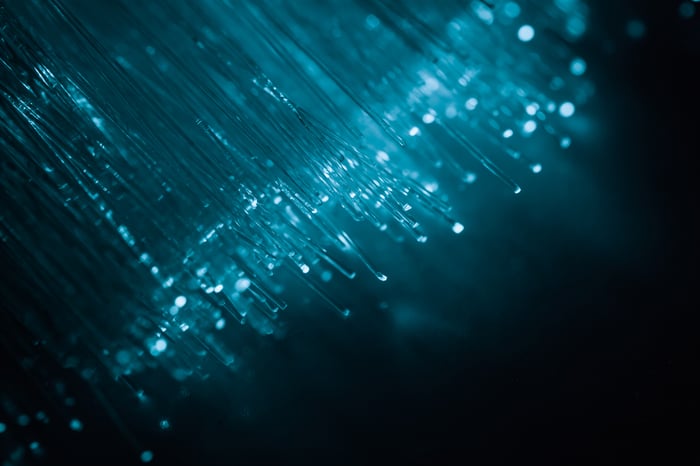 These certainly sound like fine results. Corning grew its Q1 sales 12% year over year, and reversed last year's Q1 loss to earn that $0.55-per-share profit this time around. Pro forma, or in Corning's case, "core" earnings grew 29% year over year, or more than twice the rate of sales growth.

Most likely it's not earnings per se, but guidance, behind Corning's share slump today. Citing a shift in the deployment schedule of a "major fiber-to-the-home customer" in its post-earnings conference call, Corning noted that it's reeling in guidance for full-year sales growth in its flagship optical communications business -- initially expected to maintain the rate of "low-teens" sales growth seen in Q1. Now, Corning says it's more likely to grow its sales 10% in 2019, as compared to 2018.

Of course, this is only one out of five business divisions. Elsewhere -- in environmental technologies, for example -- Corning says its sales should grow more strongly than it expected earlier. In display technologies, Corning now forecasts a slower pace of price declines that should also help results. Viewed in this context, it's hard to escape the conclusion that investors are overreacting to Corning's bad news, and ignoring the good.