Please ensure Javascript is enabled for purposes of website accessibility
Log In Help Join The Motley Fool
Free Article Join Over 1 Million Premium Members And Get More In-Depth Stock Guidance and Research
By Evan Niu, CFA - May 1, 2019 at 2:56PM

iPhone unit volumes may have fallen by 23% to 30%, depending on who you ask.

Apple (AAPL 0.17%) reported first-quarter earnings results yesterday, and they included an expected decline in iPhone revenue amid a global slowdown in the smartphone market that is hitting premium devices the hardest. iPhone revenue fell by 17% to $31.1 billion, and Apple stopped disclosing unit volumes for any of its products last quarter. The iPhone remains the company's biggest moneymaker, representing a little over half of all revenue during the quarter.

So how many iPhone units did Apple sell? 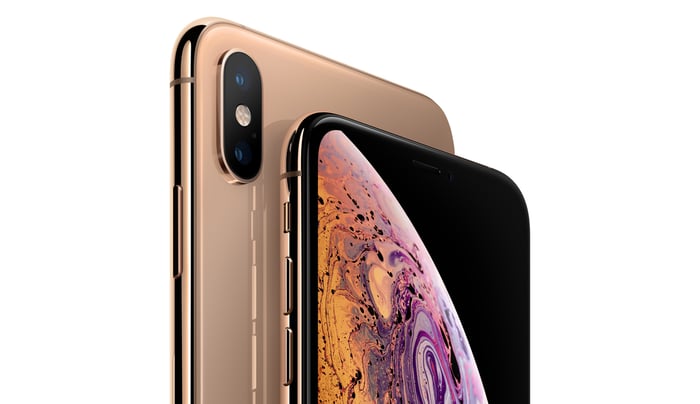 A tale of two third-party estimates

For reference, Apple sold 52.2 million iPhones in Q1 2018, back when it was still reporting unit volumes. Lacking official disclosures from the Cupertino tech giant, investors have no choice but to turn to third-party estimates. Two market researchers have put out assessments since the report.

IDC yesterday released its figures on the smartphone market in the first quarter, estimating that total global smartphone volumes declined by 6.6% to 310.8 million. Apple's unit volumes fell a "staggering" 30% to 36.4 million, according to IDC, severely underperforming the broader market and giving up market share in the process.

Separately, Canalys today released its own estimates, believing that total global smartphone volumes fell a comparable 6.8% to 313.9 million in the first quarter. Apple's performance wasn't as bad when going by Canalys' figures, which estimate that iPhone unit volumes fell by 23% to 40.2 million.

In both cases, Apple was the hardest hit among the top five smartphone vendors. The company continues to suffer from weak demand in China, as local vendors keep gobbling up share with compelling handsets at affordable prices. Both researchers believe Huawei grew units by around 50% in the first quarter, for example -- the strongest growth among the top five players.

Focusing on the installed base

Apple has tested the upper limits of iPhone pricing in recent years, which ironically only contributes to slowing unit sales because it encourages customers to hang on to those pricey phones even longer. Using those third-party estimates, we can speculate what might be happening to iPhone average selling prices (ASPs).

Using IDC's estimate of 36.4 million units would translate into an ASP of $853 in the first quarter. Canalys' estimate of 40.2 million units would lead to an ASP of $772. That's a pretty stark difference in ASPs for each estimate, particularly when you remember that Apple's last official ASP disclosure was $793 in the September quarter. In one case, ASPs are rising, while in the other, they're falling.