It's safe to say that Apple (AAPL -0.09%) did not have a merry iPhone XS Max Xmas. The Mac maker had already given investors preliminary estimates about how it fared earlier this month, preparing the market for the bad news. With most of the headline figures known in advance, Apple's fiscal first-quarter earnings release last night was really all about other details.

This is also the first quarter under the company's new reporting structure, which eliminates all disclosures regarding unit sales and average selling prices but adds new information about the profitability of products and services. Here's what investors need to know. 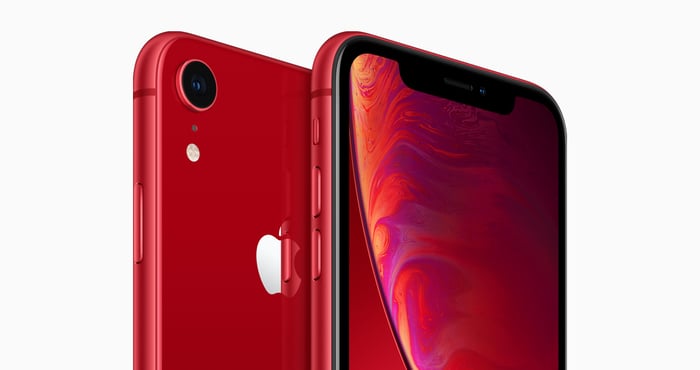 Total revenue fell 5% to $84.3 billion, and net income was roughly flat at $20 billion, or $4.18 per share. Despite little change in the bottom line, earnings per share grew 7% due to Apple's accretive buybacks activity. iPhone revenue fell 15% to $52 billion, while every other segment posted solid gains.

Services revenue hit a record $10.9 billion, bringing calendar 2018 services revenue to over $41 billion, which CEO Tim Cook had confirmed in a recent interview. Easily the most important reporting change is about the services business: breaking down cost of sales for products and revenue, which yields gross margin data. 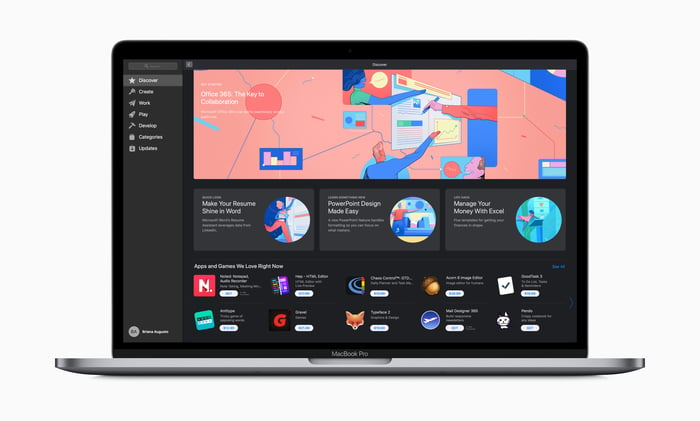 The underlying driver of services growth is the large iPhone installed base, which Apple officially disclosed for the first time is 900 million, up 75 million over the past year. That's an overwhelming proportion of the 1.4 billion total installed base of active devices.

As Cook previously warned, China was the real culprit behind much of Apple's woes in the December quarter. Greater China revenue fell 27% to $13.2 billion, with iPhone, Mac, and iPad all registering declines. That weakness was only partially offset by growth in wearables and services in the Middle Kingdom. Cook is optimistic that U.S. trade tensions with China will ease, but at the same time his optimism regarding U.S.-China trade relations throughout much of 2018 was misplaced.

Apple also acknowledged that China's slowdown of game approvals is weighing on its services business. That's inevitable, as games represented 75% of all App Store spending in 2017, according to App Annie. That spending was also heavily concentrated in Asian markets, which accounted for two-thirds of that sum.

Much digital ink has been spilled regarding iPhone pricing. When asked what Apple has learned about price elasticity as it tests the upper limits of what consumers will pay, Cook conceded that pricing has affected sales, particularly in emerging and international markets. The U.S. dollar continues to strengthen against various currencies around the world, which has forced the company to raise already high prices even further.

The iPhone maker is shifting its strategy and will now attempt to "essentially absorb part or all of the foreign currency move as compared to last year" in an effort to stabilize prices. U.S. customers are insulated from foreign exchange movements -- iPhone XS starts at the same $1,000 price point as last year's iPhone X -- but many emerging market customers have seen local prices creep higher due to foreign exchange fluctuations.

Apple has a hedging program in place for most markets, but absorbing the impacts could hurt profitability to the extent that currency markets experience unexpected volatility.

There was also a noticeable pullback in Apple's repurchase activity. The company bought back "only" $8.2 billion in stock during the quarter, a in part due to its substantial revenue shortfall. "We want to execute the [capital return] program in an efficient, effective, and I would say disciplined manner and that takes into account also overall market conditions," Maestri said. "So that's what we did during the course of the December quarter." 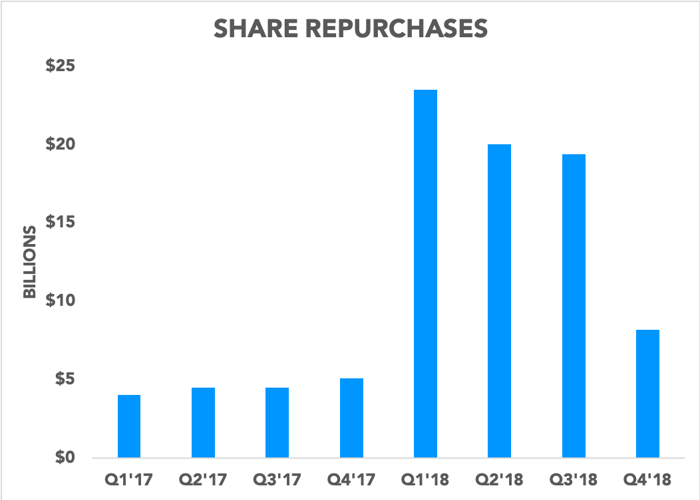 In terms of outlook, Apple is forecasting revenue in the March quarter to be $55 billion to $59 billion, which means it will have to hit the high end of the range to simply meet Wall Street expectations, which call for $59 billion in sales. Gross margin should be 37% to 38%, with operating expenses of $8.5 billion to $8.6 billion.

After the disappointing downward revision earlier this month, let's hope that Apple has done a better job adapting its forecasting to accommodate the ongoing challenges, so as not to make a habit of reporting gut-wrenching shortfalls.