This is a tried-and-true trick.

Apple (AAPL -0.80%) has been very successful in growing iPhone revenue over the course of the company's fiscal year 2018 thanks to significant growth in average selling prices. It certainly helped that Apple's iPhone X -- a device that started at $999 -- proved to be quite popular.

It would seem that with the launch of the latest versions of its iPad Pro tablets, Apple took a simple step that could potentially boost iPad average selling prices over the course of this product cycle. 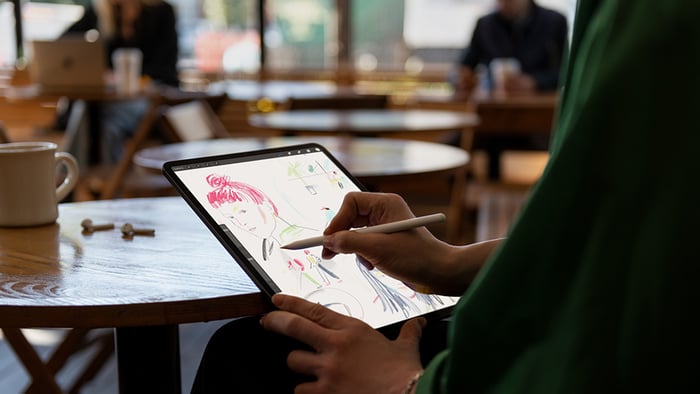 Let's see what Apple did.

It's hard to estimate just what percentage of new iPad Pro buyers will choose the 1TB versions, but that percentage won't be zero. Since Apple simply didn't sell iPads with 1TB of storage during its previous product cycle, any sales of the 1TB models would have a positive year-over-year impact on average selling prices and, ultimately, overall iPad revenue.

Since larger storage capacities represent a relatively easy way to boost average selling prices, Apple's job will be to make an increasing number of iPad Pro buyers value increased storage space enough to be willing to pay for higher-capacity models.

Although the addition of the higher storage tier should help improve iPad average selling prices, there are other aspects of the latest iPad Pro product line that could do the same.

In the new product lineup, though, the 12.9-inch iPad Pro has a dramatically-reduced overall size compared with its predecessor, even though it has the same screen size. I wouldn't be surprised to see some iPad buyers who would have picked the 10.5-inch model in the previous generation opt for the 12.9-inch version in this generation as a result.

To the extent that buyers become more likely to choose the 12.9-inch iPad Pro over its 11-inch counterpart (and, of course, assuming identical storage configurations), average selling prices could rise.