Last year, Apple (NASDAQ:AAPL) introduced a trio of new iPhones. The first two -- iPhone 8 and iPhone 8 Plus -- were, in effect, upgraded versions of the prior-generation iPhone 7 and iPhone 7 Plus devices. The third was the iPhone X, a radically redesigned device that was priced at a significant premium to the other iPhones that it launched alongside.

The baseline configuration of the iPhone X with 64GB of storage started at $999, while the iPhone 8 and iPhone 8 Plus cost $699 and $799 for the same amount of storage. 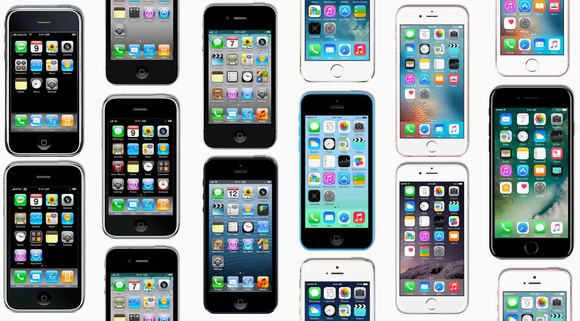 For that extra money, the iPhone X offered a number of enhancements. The outer shell of the iPhone X was made of stainless steel instead of aluminum, the device used a more advanced organic light emitting diode (OLED) screen instead of tried-and-true liquid crystal displays, it incorporated the company's 3D sensing TrueDepth camera, and it had a more advanced rear-facing camera.

According to CEO Tim Cook on the company's most recent earnings conference call, the iPhone X has been the company's "top selling iPhone since the launch." So, clearly, there's a significant number of iPhone buyers out there who were willing to pay top dollar in exchange for Apple's best iPhone.

In fact, on Apple's most recent earnings conference call, CEO Tim Cook had the following to say:

And, so, I think in this [product] cycle, we've learned that customers want innovative products, and we sort of already knew that in other cycles and other points in time, but it just puts an exclamation point by that I believe with looking at the results.

The success of the iPhone X has clearly manifested itself as financial success for Apple's iPhone business this year, as revenue soared 15% against roughly flat unit shipments year-over-year during the first three quarters of Apple's 2018 fiscal year.

Here's what this could mean for the future of Apple's iPhone business.

According to the rumor mill, Apple is -- yet again -- planning to introduce three new iPhone models this year.

Among the rumored feature and specification reductions for the lower-cost model are:

The idea here is simple. There are going to be iPhone customers who simply refuse to pay iPhone X-like prices for new devices. Apple still needs to build new and compelling products for those customers, otherwise said customers might simply decide that their next smartphone should be from a vendor that's not Apple. Not only would neglecting more price-sensitive buyers lead Apple to lose out on iPhone hardware sales (iPhone revenue made up 56.1% of the company's sales last quarter) , but the loss of customers to another software ecosystem wouldn't be good for the company's fast-growing services business.

At the same time, there are going to be customers willing to pay more for better products. Instead of potentially leaving money on the table by having those customers buy devices designed for less passionate customers (or even worse, driving those customers into the arms of other smartphone makers that are willing to put out expensive, feature-packed phones), it makes sense for Apple to simply offer higher-end devices at higher prices.