Please ensure Javascript is enabled for purposes of website accessibility
Log In Help Join The Motley Fool
Free Article Join Over 1 Million Premium Members And Get More In-Depth Stock Guidance and Research
By Keith Speights - May 1, 2019 at 10:26PM

The PGA Tour pro's recent endorsement controversy underscores the promise -- and the peril -- for the U.S. hemp CBD market.

The 12-time PGA Tour winner and cbdMD forged a multiyear agreement. Watson will feature cbdMD's logo on his hats at PGA Tour events and will participate in other promotional opportunities.

However, the PGA probably won't be happy with Watson sporting a CBD company's logo out on the tour. Here's why -- and how -- the controversy highlights both good news and bad news for the U.S. hemp industry. 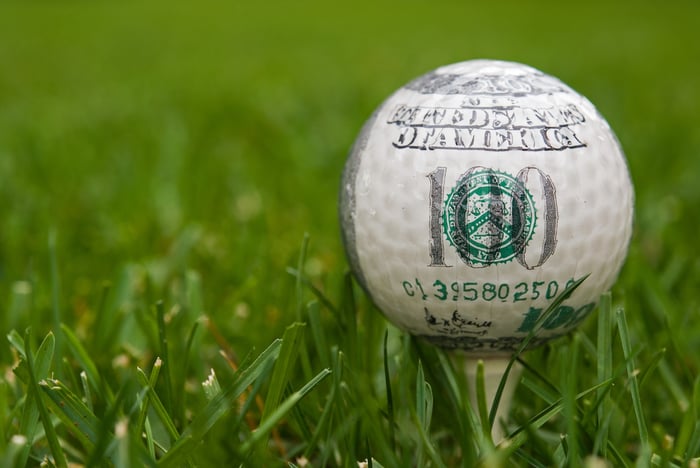 Behind the PGA's CBD concerns

Just two weeks ago, the PGA issued a warning to professional golfers about using CBD products, according to an online article published by Marijuana Moment. The PGA's concerns were that some CBD products could contain THC, the primary psychoactive ingredient in cannabis.

The Marijuana Moment article said that the PGA's warning to golfers noted that multiple organizations, including the U.S. Food and Drug Administration (FDA), Drug Enforcement Agency (DEA), and Major League Baseball (MLB), had conducted tests that found CBD products contained significant levels of THC. The PGA prohibits the use of products with THC.

Although the PGA didn't ban the use of CBD products, it gave a strong warning to golfers about CBD. This warning reportedly stated, "If a player decides to use a CBD product, they assume the risk that the product may be contaminated with higher levels of THC than claimed on the label, potentially increasing their risk of a positive result on a drug test."

The risk of failing a drug test isn't one for PGA players to ignore. In March, Robert Garrigus became the first player ever to be suspended from the PGA Tour for using marijuana, which contains high levels of THC.

Caryn Dunayer, cbdMD's president, hopes that will be the case. She said, "By joining forces with one of the biggest names in the sport, we're excited to see how the golf community embraces the newfound popularity of CBD." Dunayer added, "We're looking forward to the continued success of Bubba, while educating the public on the many benefits of hemp-derived CBD."

Watson isn't the only celebrity to team up with a CBD company. In February, lifestyle maven and entrepreneur Martha Stewart signed a deal with Canopy Growth (CGC -8.29%) to be an advisor for the company on hemp CBD products. Canopy Growth is the largest marijuana producer by market cap and is investing significantly in expanding into the U.S. hemp CBD market.

Although marijuana remains illegal at the federal level in the U.S., hemp was legalized in December 2018 when the farm bill was signed into law. A big problem for the hemp CBD industry, however, is that no standards have been established yet. And there's no timeline for how soon the FDA might finalize any regulations for hemp CBD.

Cannabis market research company Brightfield Group projects that the U.S. hemp CBD market could reach $22 billion by 2022. Others aren't that optimistic but still think that the market will top $1 billion in size relatively soon.

It's not surprising that companies such as cbdMD and Canopy Growth want to align themselves with popular celebrities and athletes. Deals such as the one with Bubba Watson help lend credibility to CBD and could boost sales. But until regulations and standards are in place, the U.S. hemp CBD market might not be up to par.