Social Security provides a reliable source of income for millions of retired Americans. But after paying their living expenses, many people find they don't have much cash left for other purposes.

If you're looking for a way to boost your annual income, high-quality dividend stocks can be part of the solution. Read on to learn about two of the best available dividend stocks in today's market. 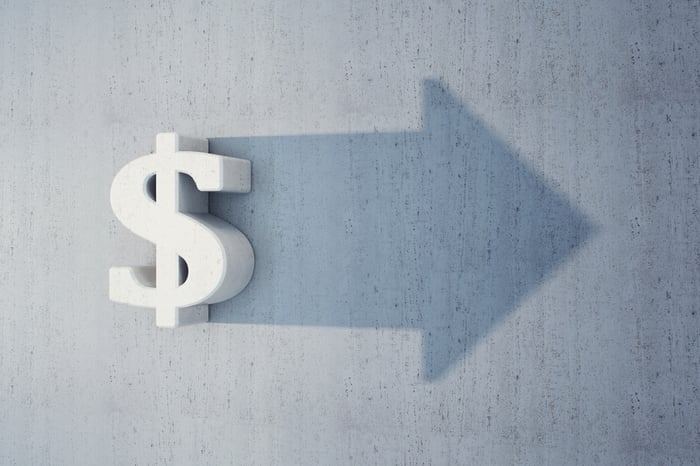 Johnson & Johnson (NYSE:JNJ) is the epitome of long-term value creation. The healthcare giant's bountiful and steadily growing free cash flow has allowed it to raise its cash dividend payout to investors for a staggering 57 consecutive years. The company's consistently strong operating performance -- including 35 straight years of adjusted earnings growth -- has been a boon for shareholders, who've been rewarded with total returns of more than 11% annually over the past decade.

Better still, Johnson & Johnson is well positioned to remain a powerful force in the massive global healthcare industry for decades to come. It holds leading positions in pharmaceuticals, medical devices, and consumer products, with 70% of its sales derived from products that command the No. 1 or No. 2 market share positions in their respective fields. Yet rather than simply rest on its laurels, Johnson & Johnson continues to invest aggressively in a plethora of growth initiatives. These investments are bearing fruit; products launched in the past five years account for 25% of J&J's revenue.

Johnson & Johnson's stock currently yields 2.6%. And with its cash payout accounting for only about 60% of its profits, there's plenty of room for more dividend increases in the coming years.

Best of all, J&J's shares can currently be had for about 15 times forward earnings estimates -- a bargain price for an elite business.

Like Johnson & Johnson, Disney (NYSE:DIS) needs no introduction. The company's timeless characters and storylines are beloved by millions around the world. But many people don't realize just how vast -- and how valuable -- Disney's empire has become.

In addition to its namesake brand, Disney also owns Marvel, Pixar, and Lucasfilm. Thus, it owns the rights to massively popular franchises such as the Avengers, Toy Story, and Star Wars.

Disney excels at turning these characters into cash for its investors. Through its incredible collection of movie studios, TV networks, theme parks, and cruise ships, Disney generates a lush stream of profits from its timeless brands. The entertainment titan is committed to passing this cash on to shareholders in the form of share repurchases and a steadily growing dividend, which currently yields 1.6%.

A host of new movies and theme park attractions should keep profits flowing in the coming years. Moreover, investors are growing increasingly excited about Disney's new streaming video services, which should help to lessen the risk posed by collective cord-cutting to the company's business. Less risk could mean more reward for shareholders when new buyers bid up Disney's shares as they become more confident in the company's future growth prospects.

This process appears to have already begun. Disney's stock is up more than 20% so far in 2019, following multiple analyst upgrades. But with Disney's shares still trading for only about 20 times forward earnings, plenty of gains could lie ahead for investors who buy today.