Please ensure Javascript is enabled for purposes of website accessibility
Log In Help Join The Motley Fool
Free Article Join Over 1 Million Premium Members And Get More In-Depth Stock Guidance and Research
By Jeremy Bowman – May 2, 2019 at 11:11AM

The maker of bike and vehicle suspensions systems posted strong results across the board.

Fox Factory Holdings (FOXF -1.41%) came into its first-quarter report Wednesday afternoon with its shares having already gained 26% in 2019. Given that year-to-date stock performance, investors had high expectations, and Fox Factory lived up to them. The maker of vehicle suspension products showed off strong top-line growth, propelled by its powered vehicle group sales. It also topped its earnings guidance and lifted its full-year outlook. Let's take a look at the key things investors need to know about the report.

The company said its powered vehicle division continued to drive performance with sales growth of 34.1% -- a strong result even after it lapped its December 2017 acquisition of Tuscany Motor, a maker of aftermarket vehicle packages. Its specialty sports division, which makes suspension products for bikes, saw revenue increase 12.7% in the quarter. Historically, the majority of Fox's revenue came from bikes, but it has gradually transitioned its focus to the much-larger powered vehicle market over the years. In 2018, 54% of its revenue came from its powered vehicles division. 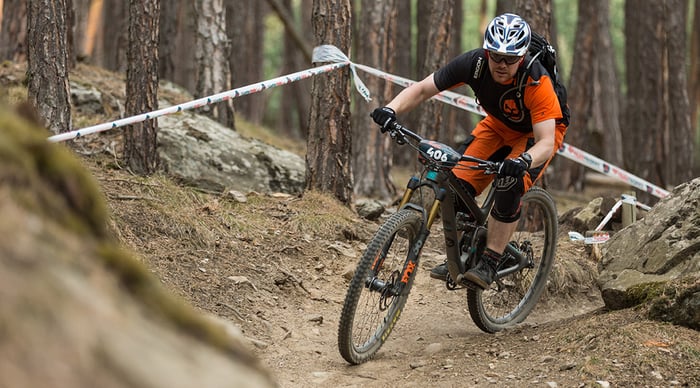 Adjusted gross margin fell 40 basis points in the quarter to 31.6%, due in part to increased manufacturing inefficiencies from higher-than-expected customer demand, but the company gained operating leverage as other costs grew more slowly. Operating income increased 36.8% to $21.2 million, and the company beat its guidance ranges for revenue of $150 million to $158 million and earnings per share of $0.44 to $0.49.

Concurrently with the Q1 report, Fox also announced another acquisition, saying it would purchase Ridetech, a leading manufacturer of suspension systems for muscle cars, trucks, sports cars and hot rods. Fox will pay $14 million for the company in a combination of cash and stock. Management expects Ridetech will add $6 million to $8 million in revenue for 2019 after the elimination of intercompany sales. The deal is expected to close later this month.

"We started the year with record quarterly sales driven by strength in both our powered vehicle and bike offerings resulting in sales and profitability above our expectations," said outgoing CEO Larry Enterline. "Looking ahead, our team remains committed to further building Fox's brand presence in our existing business and expanding into new categories. We believe Fox's differentiated market position will continue to fuel our expansion in the diverse end markets we serve."

On the earnings call, management again pointed to its racing wins, which are key drivers of brand awareness and demand. The company recently established Fox Factory Motor Sports to promote its powered vehicles products, and saw its drivers finish first and second at the Mint 400, also known as the Great American Off-Road Race. Fox's mountain bike racers also brought home a number of trophies, and its Enduro World Series teams occupy first, second, and third places after the first two rounds of the season.

Enterline will step down as CEO at the end of this quarter, and be replaced by Mike Dennison, currently president of the powered vehicles division. He leaves the company in good hands and well positioned for continued growth, especially in powered vehicles.

After beating its guidance on both ends of the income statement and raising its guidance, Fox Factory is looking as strong as ever. Its strategy and acquisitions are clearly paying off.