Please ensure Javascript is enabled for purposes of website accessibility
Log In Help Join The Motley Fool
Free Article Join Over 1 Million Premium Members And Get More In-Depth Stock Guidance and Research
By Lee Samaha - May 2, 2019 at 9:49PM

Returning the 737 MAX into service remains the key priority in 2019.

There's no way around it. The biggest single factor driving the stock price of Boeing (BA -5.07%) is the future of the 737 MAX. The subject inevitably dominated the recent earnings presentations and the annual shareholders meeting.

The 737 MAX debacle has obscured some of the good underlying progress made in Boeing's other segments. The seemingly relentless stream of media speculation on the matter -- often not involving objective analysis of the facts -- has led to confusion. Let's try to take a rational look at matters

Before getting on to the 737 MAX issue, it's clear that Boeing is making good progress in other areas. Lower deliveries of the 737 MAX hit first-quarter profit at Boeing Commercial Airplanes (BCA), causing a decline to $1.173 billion from $1.412 billion in the same period last year. 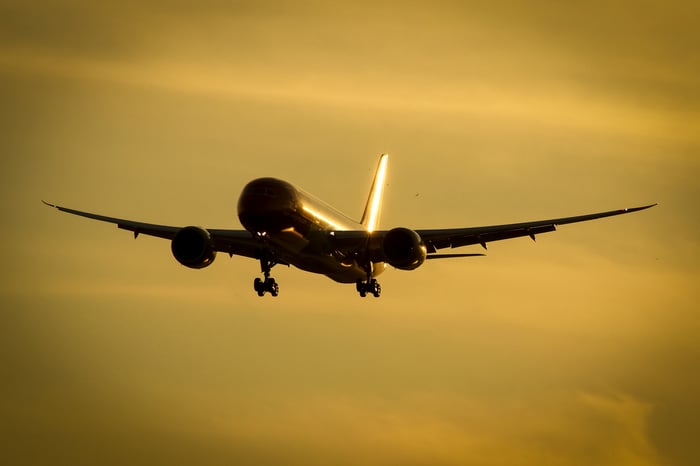 Elsewhere, Boeing Defense, Space & Security (BDS) grew earnings by 12%, and Boeing Global Services (BGS) grew profit by only 1% its revenue even though revenue grew 17% in the quarter. In case you are wondering, BGS operating margin fell to 14.4% from 16.4% in the same period last year, largely down to an unfavorable mix of sales in the quarter.

But the good news is that despite the strong revenue increase in the quarter the backlog remained sequentially level thanks to $4 billion of orders in the quarter. 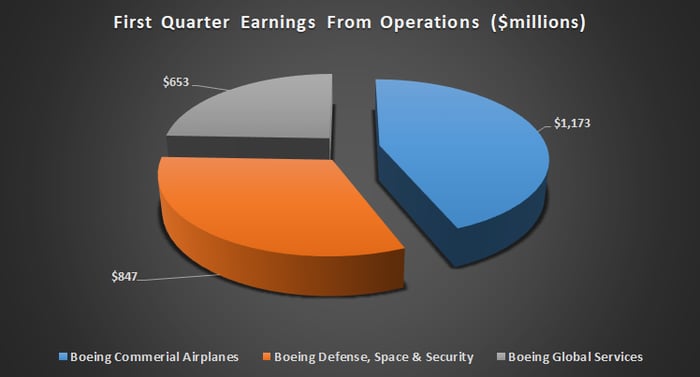 Turning to BCA earnings that are not related to the 737 MAX, there was progress across the board. For example, CEO Dennis Muilenburg highlighted the gains in bridging the gap between production of the legacy 777 aircraft and the new 777X. The 777 won two new orders, bringing its backlog to 92, equivalent to 26 months of production at the expected rate of 3.5 a month in 2019.

Meanwhile, the 777X "added a new customer in the quarter with 18 new orders plus 24 options from IAG Group, the parent of British Airways," according to Muilenburg. The 777X now has 364 orders and commitments, and the new orders are a demonstration of Boeing's intent to shift priorities toward the 777X.

Turning to the 787 program, there were two pieces of good news from the quarter. First, BCA managed to increase the production rate on the 787 to 14 a month from 12. Second, the increase in 787 production rate and ongoing cost-cutting helped Boeing cut deferred production cost on the program. 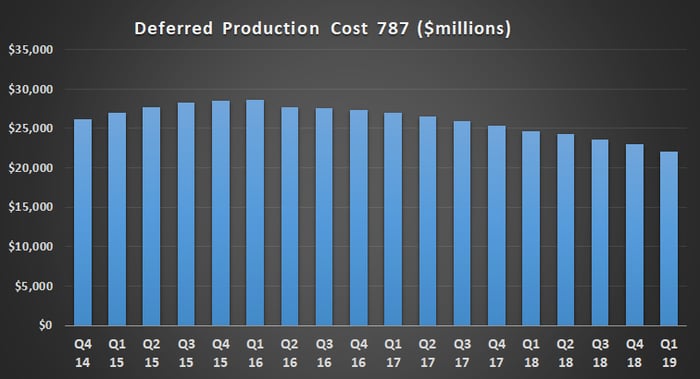 If you don't believe that Boeing can get the 737 MAX back into service and/or you believe the company will suffer a residual impact on orders, then you shouldn't be buying/holding its stock. The issue is significantly hurting Boeing's current profitability, and it's far from clear what the final impact could be. Indeed, Muilenburg told investors "due to the uncertainty of the timing and conditions surrounding the return to service of the 737 MAX fleet, new guidance will be issued at a future date."

However, if you believe the 737 MAX issues will be rectified in due course, then there's a good case for seeing the recent dip as a buying opportunity.

Getting the 737 MAX back into service and restoring confidence in the airplane is going to require Federal Aviation Administration certification of the maneuvering characteristics augmentation system (MCAS), something Boeing is working on strenuously.

As a reminder, two fatal crashes occurred when erroneous data from angle of attack (AOA) sensors -- devices similar to weather vanes that measure the difference between a wing's chord line and the direction of air flowing past it -- caused MCAS to activate and push the nose down, leading to a steep descent that the pilots failed to pull out of. Boeing's software update will add extra layers of protection in the event of AOA sensors giving erroneous information again.

As Muilenburg previously explained when discussing the matter: "The history of our industry shows most accidents are caused by a chain of events. This again is the case here, and we know we can break one of those chain links in these two accidents." In this case, he's talking about the MCAS software update and Boeing's efforts to improve safety.

However, that doesn't mean the AOA sensors can't or won't give erroneous information in the future. The key point to understand here is that AOA sensors are fallible. For example, they can be damaged by the ground crew or by a bird strike -- or (as was possibly the case in two Airbus incidents) they can be frozen in place by a rapid ascent into subzero temperatures.

If Boeing can successfully certify and apply the MCAS update, and it's proven that there isn't some other fundamental issue with the 737 MAX, then confidence in the aircraft should return soon enough.

Updating the MCAS software involves fixing Boeing's link in the chain of events. That should convince people to fly the 737 MAX again. In other words, it's a good bet that Boeing will regain passengers' and airlines' trust in the 737 MAX and consequently, Boeing stock should be able to recover from the near $36 billion fall in its market cap since the start of March.