Please ensure Javascript is enabled for purposes of website accessibility
Log In Help Join The Motley Fool
Free Article Join Over 1 Million Premium Members And Get More In-Depth Stock Guidance and Research
By Keith Speights - May 2, 2019 at 12:08PM

Shares of CannTrust Holdings (CNTTQ -80.00%) were down 10.6% as of 11:14 a.m. EDT on Thursday. The Canadian marijuana producer announced that the pricing of its stock offering would be nearly 15% below the stock's closing price on Wednesday.

There's both good news and bad news with CannTrust's stock offering. The good news is that the company will raise additional capital needed to fund its operations and expansion efforts. However, the bad news includes two components. 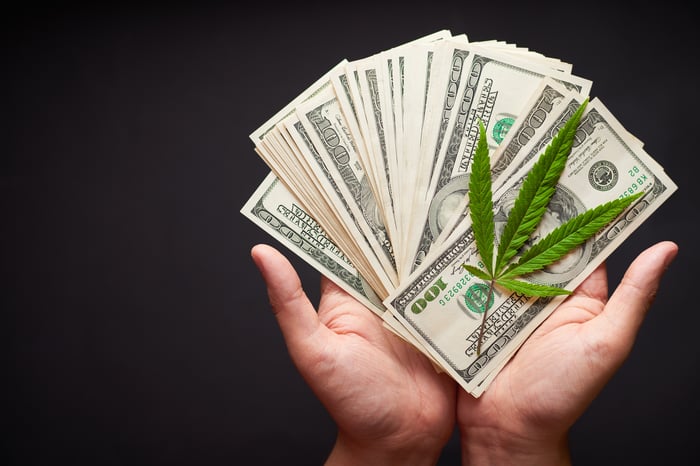 First, CannTrust's pricing the offering at a significant discount to the recent closing price was guaranteed to cause the stock to drop. Second, the issuance of nearly 36.4 million new shares will cause dilution, reducing the value of existing shares.

But just how bad is CannTrust's bad news? Investors shouldn't be too concerned at this point. CannTrust was already arguably one of the best bargains among Canadian marijuana stocks after its shares plunged in late March following the company's disappointing fourth-quarter update. The latest stock offering doesn't impact CannTrust's growth prospects, which continue to look quite good.

Those prospects could improve as CannTrust boosts its production capacity. The company expects that its phase 3 expansion of its Niagara facility will double annual capacity to around 100,000 kilograms by the second half of 2020. CannTrust is also moving forward with plans for outdoor cannabis cultivation targeted for use in extracting cannabinoids and thinks that this capacity will be upwards of 200,000 kilograms per year.

Investors will have to wait and see how CannTrust performs as the Canadian adult-use recreational marijuana market matures and expands. That performance will be key in the company's path to consistent profitability.

And how quickly CannTrust achieves profitability will impact the company in another way. CannTrust's latest stock offering is only part of a 700 million Canadian dollar ($522 million) shelf offering announced in March. The remaining amount in this shelf offering represents roughly 85% of CannTrust's current market cap. If CannTrust has to issue additional new shares, a lot more dilution could be on the way.