Please ensure Javascript is enabled for purposes of website accessibility
Log In Help Join The Motley Fool
Free Article Join Over 1 Million Premium Members And Get More In-Depth Stock Guidance and Research
By Rich Smith – Updated May 2, 2019 at 12:35PM

Shares of TreeHouse are looking kind of rickety today. 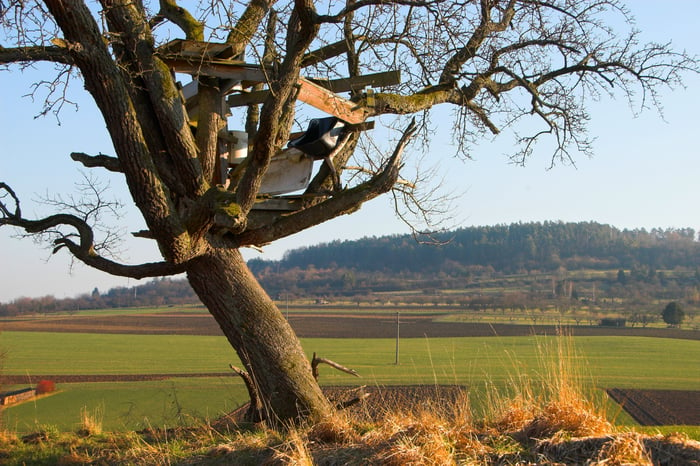 TreeHouse boasted that its earnings were in fact "above [its] mid-point of guidance," and there's some merit to the argument. Assuming analyst estimates were focusing on pro forma earnings, and not GAAP, as is their wont, well, TreeHouse says its "adjusted earnings" per share were positive $0.13 -- which was in fact above analyst estimates.

Still, it was a nickel below last year's Q1 pro forma earnings. And when you get right down to it, the GAAP number was still a loss -- and a big one.

Then there's the other big news of the day. In twin press releases, TreeHouse announced it will be (1) closing its Minneapolis snack nuts and trail mix production plant, at a probable charge of $0.17 to earnings later this year, and (2) selling its $260 million-a-year breakfast cereal business to Post Holdings (POST -1.05%) -- for an unspecified sum.

TreeHouse's plant closures and division sales, viewed in the context of its Q1 losses, suggest that the company's business strategy of bulking up on packaged foods brands over the past few years is not panning out. The fact that the price it's getting for its cereals division is small enough that it doesn't feel compelled to disclose it (i.e., it may not even be big enough to be "material" as lawyers define the term) furthers this conclusion.

No wonder investors are scrambling out of the treehouse today.

What Investors Need to Know After TreeHouse Foods' 23% Pop Wednesday