Please ensure Javascript is enabled for purposes of website accessibility
Log In Help Join The Motley Fool
Free Article Join Over 1 Million Premium Members And Get More In-Depth Stock Guidance and Research
By Jeremy Bowman – May 2, 2019 at 4:56PM

A strong earnings report wasn't enough to push the stock even higher.

Shares of Yeti Holdings (YETI 3.65%), which specializes in coolers and drink containers, were heading lower today after the recent initial public offering (IPO) reported first-quarter results this morning. Though the numbers were better than analyst expectations, the stock nonetheless fell as it had already run up considerably since its October 2018 IPO. Shares closed down 8.8% today and were off as much as 12.1% at one point.

Coming into today's report, Yeti shares had nearly doubled from its $18 IPO price last October and had nearly tripled from its lows around $12 in December. The company said sales increased 15%, to $155.4 million, easily beating estimates at $143.2. It also topped earnings expectations with adjusted earnings per share (EPS) of $0.06 against the consensus at $0.02. 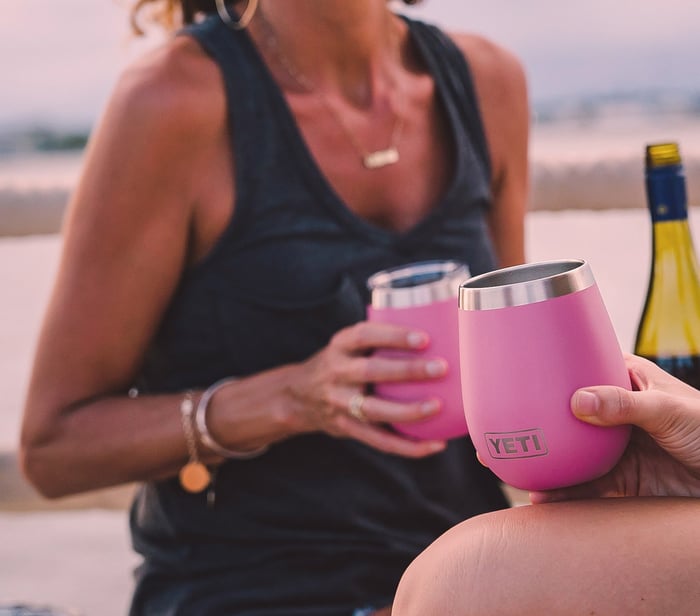 Inside the income statement, performance was strong, as gross margin expanded by 700 basis points, to 49.3%. This was due to cost efficiencies and an increase in sales from the direct-to-consumer channel, which grew 28%, to $61.7 million.

CEO Matt Reintjes said: "We are off to a great start in 2019 with solid growth across our product categories and distribution channels. Additionally, our ongoing focus on disciplined growth allows us to drive stronger profitability while making the investments required to expand brand and product awareness to existing and new customers."

Yeti shares were actually trading higher in pre-market trading but then began falling shortly after the market opened. Management also acknowledged that 400 basis points of sales growth came from shipments that were expected to take place in the second quarter, which may have cooled off expectations.

While the sell-off was surprising considering the better-than-expected report and increased guidance, it may make sense considering the company sees revenue increasing by a modest 11.5%-13%, the same as its prior forecast. On the bottom line, it now expects adjusted earnings per share of $1.02-$1.06, compared to a prior range of $0.99-$1.04.

That forecast gives the company a forward price-to-earnings ratio of 30, which seems like a fair price considering its growth rate and its business selling coolers and drink containers.