Please ensure Javascript is enabled for purposes of website accessibility
Log In Help Join The Motley Fool
Free Article Join Over 1 Million Premium Members And Get More In-Depth Stock Guidance and Research
By Travis Hoium – May 3, 2019 at 12:52PM

Users are down, another sign that 2019 will be a rough year for this video game giant.

Investors knew Activision Blizzard (ATVI -0.83%) was going to have a rough year in 2019, but now that it's here, the results are a little shocking. First-quarter 2019 revenue and net income both dropped sharply, as competitors' games like Fortnite and Apex Legends attracted the attention of gamers.

The good news is that management's expectations for the year held steady. And if Activision Blizzard can just make it through 2019, there could be some bright spots in 2020. 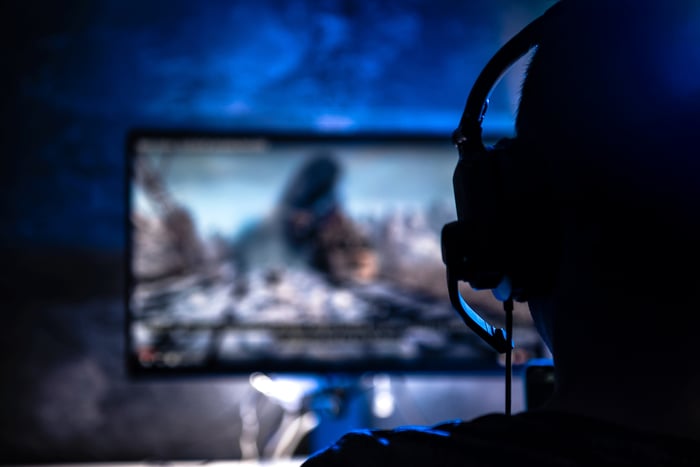 The headline numbers tell the broad picture, but segment results reveal where strengths and weaknesses were. Perhaps somewhat surprisingly, mobile games held up best in early 2019.

Management is hoping launches in 2019 will turn around some of the weak results. Call of Duty: Mobile will debut in North America, South America, and Europe later this year, and Candy Crush Friends Saga has driven King's growth. But with few new titles, it's going to be a slow year for Activision Blizzard.

CEO Robert Kotick continues to think Activision Blizzard has the right long-term strategy in betting on durable franchises rather than chasing the latest shiny object in gaming. During the conference call, he said, "In today's content landscape, our franchise-focused approach is more relevant than ever. Gamers are playing fewer games longer; creating and sustaining new franchises remains one of the most difficult tasks in the entertainment industry."

Long term, he may be right, but that doesn't mean 2019 won't be rough. New games from competitors are attracting attention, and Activision Blizzard's biggest launches won't come until late in the year, but as durable franchises are expanded it should help the company grow.

One thing that didn't change after the first quarter was guidance for 2019. Management still expects revenue of $6.03 billion and non-GAAP earnings of $1.85 per share. As long as Activision Blizzard can keep hitting its numbers and generating free cash flow, it will be able to bide time before impactful games are released later in 2019 and into 2020.