Please ensure Javascript is enabled for purposes of website accessibility
Log In Help Join The Motley Fool
Free Article Join Over 1 Million Premium Members And Get More In-Depth Stock Guidance and Research
By George Budwell – Updated May 3, 2019 at 7:37AM

Gilead's first-quarter numbers beat expectations. Is it time to buy?

Gilead Sciences (GILD 4.80%) surprised the investing community yesterday by actually beating consensus estimates for its non-GAAP earnings per share for the first quarter of 2019. The biotech's quarterly revenue of $5.3 billion was also roughly in line with analysts' estimates, reflecting a respectable 4% bump in total sales over the last 12 months.

Is Gilead finally turning the corner? Let's dive deeper into the biotech's quarterly figures to find out. 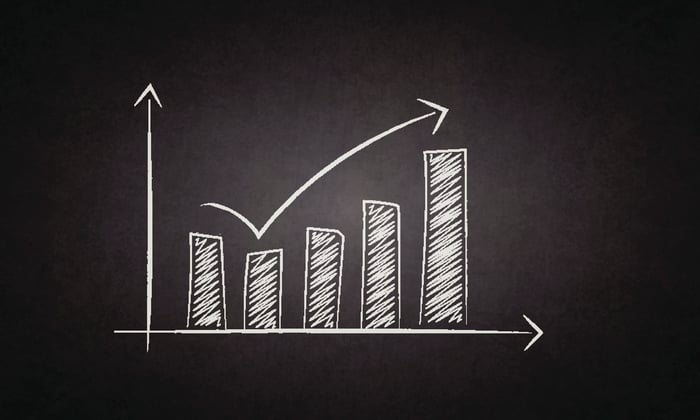 In the first quarter, HIV drug sales reportedly fell by 11% compared with the prior period due to seasonal factors and inventory drawdown. That's a fairly typical pattern in the pharmaceutical space, so this quarter-over-quarter dip isn't cause for concern. As proof, the biotech's HIV sales for the full year rose by a healthy 14%, thanks in large part to the breakout success of Biktarvy.

Driving this point home, Biktarvy generated a whopping $739 million in U.S. sales during the first quarter of 2019. Gilead's most important new HIV medicine is thus performing beyond expectations roughly a full year into its launch. That's a promising development because GlaxoSmithKline's ViiV healthcare unit, which specializes in HIV, was initially expected to provide much more resistance to Biktarvy's uptake. This key competitive threat, though, has largely failed to materialize.

Gilead's $12 billion investment in adoptive cell therapy is also showing signs of life after a painfully slow start. During the first quarter, the company reported $96 million in Yescarta sales, reflecting a steady increase in the number of centers in both the U.S. and EU authorized to administer the treatment, as well as broader coverage by third-party payers.

Yescarta still has a long way to go to justify Gilead's hefty expenditure on this oncology asset, but the sales trend is at least heading in the right direction. Based on its current trajectory, Yescarta should achieve blockbuster status (greater than $1 billion in annual sales) by 2022.

Gilead's much-maligned hepatitis C franchise also seems to be nearing a bottom. After years of double-digit declines, the biotech's hep C sales actually perked up by 7% quarter over quarter, although this increase was reportedly due mainly to an unfavorable accounting adjustment in Europe in the prior quarter. That said, the worst of the storm seems to have passed for this franchise.

The biotech exited the most recent quarter with a little over $30 billion in cash and cash equivalents, giving it plenty of firepower for business development activities. Gilead also announced a second-quarter dividend of $0.63 per share, representing an annualized yield of 3.88% at current levels.

Has the tide turned?

Gilead's prospects as a growth stock have dramatically improved lately. Beyond Yescarta's positive sales momentum and Biktarvy's rapid adoption, the company recently announced positive late-stage results for filgotinib as a treatment for rheumatoid arthritis. This experimental anti-inflammatory medicine, licensed from Galapagos N.V., should start to become a major part of the company's core value proposition in 2021. The biotech also has a surfeit of cash to pursue late-stage clinical candidates or newly launched products.