Novavax (NASDAQ:NVAX), a developmental-stage vaccine, is navigating some rather turbulent waters these days. After the company's phase 3 trial called Prepare -- which was designed to assess the respiratory syncytial virus vaccine (RSV) ResVax in infants via maternal immunization -- failed to meet its primary endpoint earlier this year, Novavax's share price collapsed. In fact, the biotech's present share price of $0.52 fails to even meet the Nasdaq's minimum listing requirement of $1 per share, putting its stock at risk of being delisted by the exchange.

Given this dire picture, Novavax's shareholders were hoping to hear some upbeat news out of the company during its first-quarter earnings release, which hit the wires after the bell yesterday. Did the biotech give investors any solid reasons to stay the course, or should they cut their losses? Let's tease apart the company's latest earnings report to answer this pivotal question. 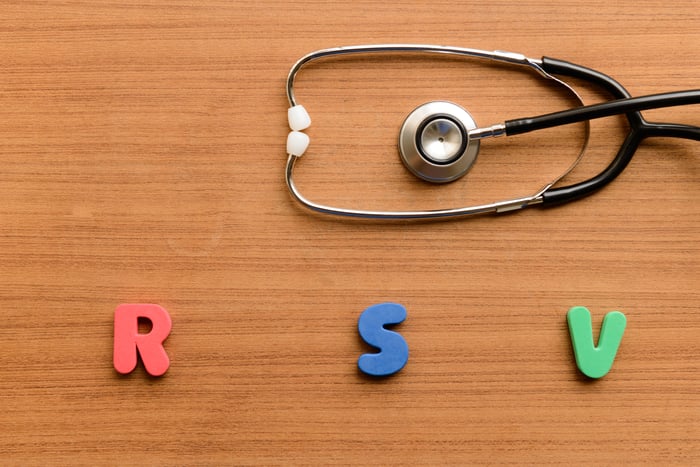 Although Wall Street has clearly written off ResVax after its second late-stage miss, Novavax is holding out hope that it can find a way to bring the vaccine to market in some form or fashion. The company's pitch is that ResVax did show an ability to reduce the rate of severe consequences stemming from RSV in some territories. Novavax has thus scheduled meetings with regulatory agencies in the United States and four other countries to discuss a potential path toward approval. The company plans to provide updates to investors about these forthcoming meetings later in the year.

Another positive is that Novavax still thinks that an accelerated approval pathway could be on the table for its experimental flu vaccine called NanoFlu. As there is a clear need for a better flu vaccine than the ones currently on the market, the Food and Drug Administration (FDA) might agree to green light NanoFlu on an accelerated basis. Novavax's management said during the accompanying conference call yesterday that the FDA should provide some additional clarity on this issue by the middle of the year -- paving the way for NanoFlu's pivotal trial to commence sometime in the back end of this year.

First up, Novavax's RSV program is hanging by a thread. Although management still has faith in this platform, the vaccine's pivotal trial data don't paint a convincing picture. Beyond ResVax whiffing on its primary endpoint, the trial results revealed a huge geographic imbalance in efficacy -- an issue that's sure to raise eyebrows at the FDA.

Another major problem is the fact that there are other promising RSV candidates in development right now. The FDA even recently granted Breakthrough Therapy Designation status to AstraZeneca and Sanofi's MEDI8897 based on the product's encouraging phase 2 results. As a result, the agency probably won't feel all that much pressure to OK an experimental RSV vaccine that's now failed two late-stage trials. More viable candidates, after all, could be close at hand.

Novavax is also in a precarious financial position. Over the course of 2018, the company reported burning through a staggering $184.7 million. While this burn rate should drop this year with the Prepare trial reaching its conclusion, the company only had $108.7 million in cash and cash equivalents at the end of the first quarter. That's probably not enough to carry out NanoFlu's next trial, implying that another capital raise might be required within the next six months.

Lastly, Novavax's plans to execute a massive 1-to-20 reverse split later this month. Although this move will satisfy the Nasdaq's listing requirements and give the company some breathing room to perhaps carry out a secondary offering, reverse splits are rarely a good thing for current shareholders. The bottom line is that reverse splits attract short-sellers in droves, putting a company's stock under immense downward pressure.

Is Novavax worth the risk?

Novavax's decision to keep plowing ahead in RSV is starting to look like a waste of precious resources. If the company truly believes in NanoFlu, it should carry out this necessary reverse split, raise capital, and focus all of its efforts on making this platform a success.

After all, the most prudent course of action in this case is for the FDA to request another large trial before approving ResVax for any indication. A third pivotal trial for this underperforming vaccine candidate, however, is hard to justify from a value creation standpoint, especially with other RSV product candidates racing toward the finish line.

What's the verdict? Novavax isn't a lost cause yet. NanoFlu could still deliver the goods, but there's no way around this upcoming reverse split. So, investors might want to hang tight while Novavax deals with its sub-$1 share price and long-term financing needs. More clarity on NanoFlu's regulatory pathway would also be nice.