Video games were once mostly played on PCs or consoles. However, smartphones gradually overtook both platforms over the past decade, and eMarketer recently found that roughly two-thirds of all male and female gamers worldwide played mobile games. 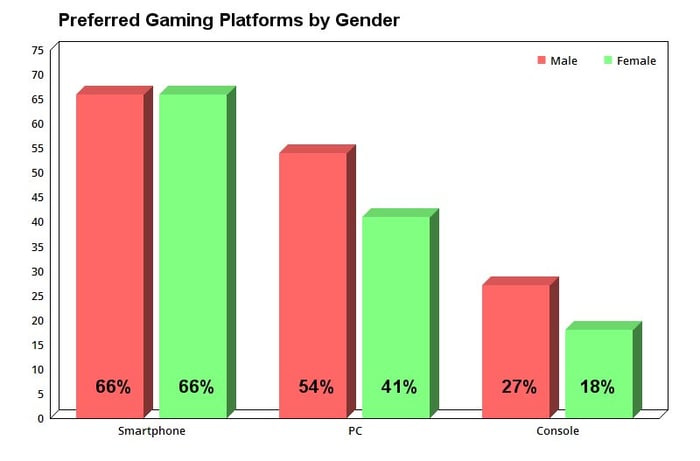 The study also shattered the stereotype of the young male gamer. Eighty-eight percent of men and 83% of women played games, and over 70% of adults aged 45-64 still played games at least once a month.

This market shift is great news for mobile game developers, but it's less encouraging for console makers like Sony (NYSE:SONY), Microsoft (NASDAQ:MSFT), and Nintendo (OTC:NTDOY).

It's unlikely that smartphone games will ever render PC and console games obsolete. Instead, this shift should significantly expand the gaming market, and developers will likely launch a wider range of games to reach a broader audience.