Please ensure Javascript is enabled for purposes of website accessibility
Log In Help Join The Motley Fool
Free Article Join Over 1 Million Premium Members And Get More In-Depth Stock Guidance and Research
By Eric Volkman – May 6, 2019 at 5:47PM

The markets recover from a scary slide, while a big bidding war might be in the cards.

It was somewhat of a manic Monday for the stock market. Driven by fears of a worsening trade war between the U.S. and China, investors sold off stocks, and the Dow Jones plunged by almost 500 points.

But then, news broke that a Chinese delegation was traveling to the U.S. to keep negotiations alive, and some of those fears dissipated. The stock index ended the day down "only" 66 points. The damage on the Nasdaq was more limited, with that exchange slipping by less than 1%.

As always, there were a few blue chips defying the downward Dow. Walt Disney (DIS -2.60%) traded higher, albeit modestly. Clearly, at least some investors are impressed that its monster hit Avengers: Endgame is rapidly becoming the top-grossing film of all time. 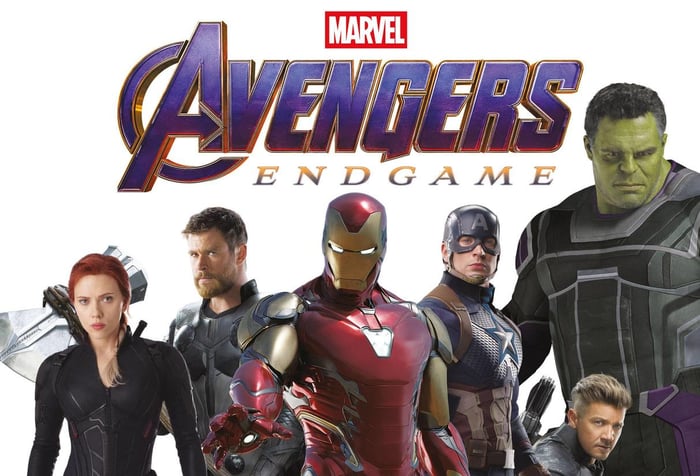 Two other notable gainers were Occidental Petroleum (OXY -5.09%) and Anadarko Petroleum (APC). Hoping to woo Anadarko away from Chevron (CVX -6.53%), Occidental pumped up its takeover bid for the company.

Avengers: Endgame, apparently the final installment in the long-running superhero saga from Disney unit Marvel Entertainment, cannot be stopped. In only its second week of release, it was not only the top worldwide grosser by far among all releases, but it's now also close to becoming the No. 1 of all time, behind only the 2009 sci-fi epic Avatar.

Although studio entertainment (i.e., the movie unit) isn't the largest of Disney's four divisions, it still matters -- in fiscal 2018, it was responsible for 17% of total revenue. So a monster box-office hit is a fine morale booster for shareholders.

Disney's uptick today is a sign that investors are focusing on the company's positive developments. That looks like it'll stay in force, although there are certain worries on the horizon -- longtime CEO Bob Iger's looming retirement, for one, and the recent lackluster performance of hoped-for blockbuster Dumbo.

If you think the price of gas is expensive at your local pump, spend some time in the C-suites of Anadarko and Occidental.

On Sunday, the latter company bolstered its buyout offer for Anadarko, lifting the cash portion of the bid to $59 per share. Combined with just under 0.3 shares of Occidental for one share of Anadarko, the total bid is $76 per share. That revised bid helped lift the prices of both stocks on Monday.

Chevron's offer currently amounts to a bit under $62 per share in cash and stock.

With the bid and its rhetoric, Occidental is making a concentrated effort to win the prize. In a press release, Occidental quoted CEO Vicki Hollub as saying that acquiring Anadarko "will create a global energy leader with the scale and geographic diversification to drive compelling returns to the shareholders of both companies."

Another big stock market name has skin in this game: Warren Buffett, through his investment vehicle, Berkshire Hathaway. Berkshire last week committed $10 billion in financial support for Occidental's bid. If the play is successful, Berkshire will receive 100,000 preferred shares in Occidental.

Occidental's bid is a strong and bold one, and its backed by the might of Buffett and Berkshire. Yet Chevron is a mighty beast on its own. We shouldn't be surprised if this buyout war rages on.