Please ensure Javascript is enabled for purposes of website accessibility
Log In Help Join The Motley Fool
Free Article Join Over 1 Million Premium Members And Get More In-Depth Stock Guidance and Research
By Danny Vena – May 6, 2019 at 7:13PM

Will Earth's mightiest heroes finally be the ones to topple the James Cameron epic?

Avengers: Endgame is officially on the books as one of the most successful movies to ever hit theaters. The latest installment from Disney's (DIS -2.60%) Marvel Studios demolished about every conceivable opening-weekend box-office record, nabbed $357 million in domestic ticket sales and more than $1.2 billion in worldwide box office, and turned previous records to dust with the snap of a finger. Endgame extended those gains in its second weekend in theaters, barreling past $619 million domestically, and assembling nearly $2.2 billion worldwide -- topping $2 billion in ticket sales faster than any other movie in history.

There's one record, however, that has steadfastly remained unbroken for nearly a decade -- held by director James Cameron's epic 3D masterpiece Avatar. Now that Avengers: Endgame has surpassed the $2 billion barrier, can it take the box-office crown from Avatar? 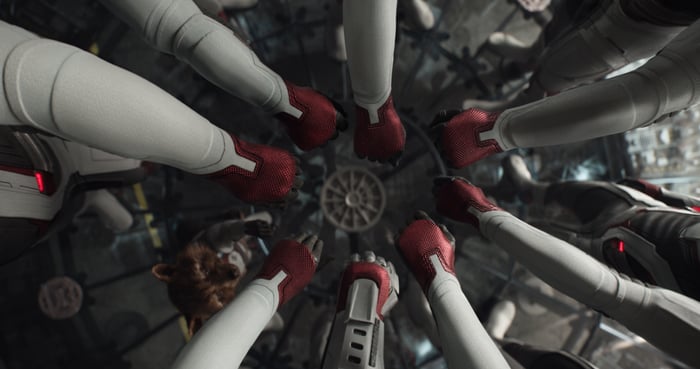 The Avengers assemble for one last battle. Image source: Disney.

Avatar holds the record for total worldwide box office at $2.78 billion, and no other movie has even come close to that milestone. That said, with its record-shattering debut, Avengers: Endgame has the best chance yet to topple the Cameron classic from the position it has held for more than nine years. Along with a sizable head start, the Marvel masterpiece has momentum. Audiences continued to pile into multiplexes to see the Joe and Anthony Russo-helmed blockbuster over the past week, and its pace shows no signs of slowing.

Endgame has been awarded an "A+" rating from theatergoers polled by CinemaScore and is "Certified Fresh" with a ranking of 95% on review-aggregation site Rotten Tomatoes.

Even more importantly, 83% of audiences said they would "definitely recommend" the film to others, while 29% said they would go back to the theater to see the movie again, according to comScore. With theaters selling out for its second weekend and strong word of mouth, Avengers: Endgame could continue to make cinematic history.

With more than $2 billion amassed through its second weekend in theaters, Endgame is currently on track to reach $3 billion before its theatrical run is through, more than enough to finish ahead of Avatar, if its momentum holds -- but that's a big "if."

An alien moon far, far away

Avatar was released in 2009 to rave reviews from audiences and critics alike. The movie used breathtaking special effects to create a futuristic alien world that was visually spectacular. It was also tailor-made for the 3D renaissance that was happening at the time. It was one of those movies that actually lived up to the hype.

The excitement was palpable when the groundbreaking film opened to a then-massive $242 million global box office in December 2009. The combination of great reviews, positive word of mouth, a holiday release, and the 3D price bump provided all the ingredients necessary for the blockbuster to soar -- and soar it did. 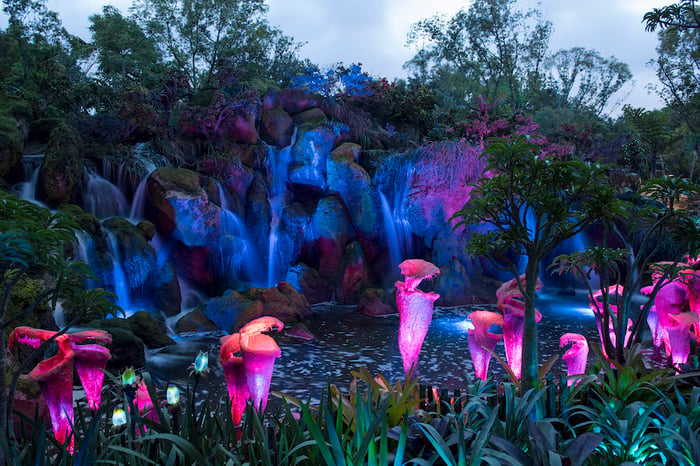 Avatar still has a few aces up its sleeve that could help it retain its spot in the record books for a while longer. Its release in December, when families were celebrating the holidays, gave the movie a built-in audience and more time for them to see it. Compare that to the significant competition during the summer blockbuster season that faces Avengers: Endgame, and you can see why Avatar may have had an easier path to success.

Still, experts are suggesting that you can't count out Endgame. The movie has essentially "thrown the rule book out the window," said Paul Dergarabedian, senior media analyst at comScore. "All preconceived notions of what a movie can do at the box office are now obliterated." Going into its second weekend, Dergarabedian said: "Less than a week ago, we thought it would be impossible for Endgame to open to more than $300 million or make a billion globally in its debut. Nothing is off the table when it comes to this film."

One thing's for sure -- with Avengers: Endgame soaring up the all-time box office charts, Disney will be the big winner, even if Avatar retains the title. Industry insiders are estimating that profit from Endgame alone could top $600 million, making it among the most profitable movies of all time.