Even though oil prices and refining margins weren't that great this past quarter, BP (NYSE:BP) was able to beat earnings expectations again thanks to better-than-expected performance from its upstream production and management's ability to wring out costs. That, and lower expenses related to the 2010 Gulf of Mexico oil spill, are giving management some more flexibility to spend on new development projects.

What's more encouraging, though, is that this quarter didn't get much from its recent acquisition of shale assets. So with these assets now in the fold, let's take a look at what investors can expect for the rest of the year. 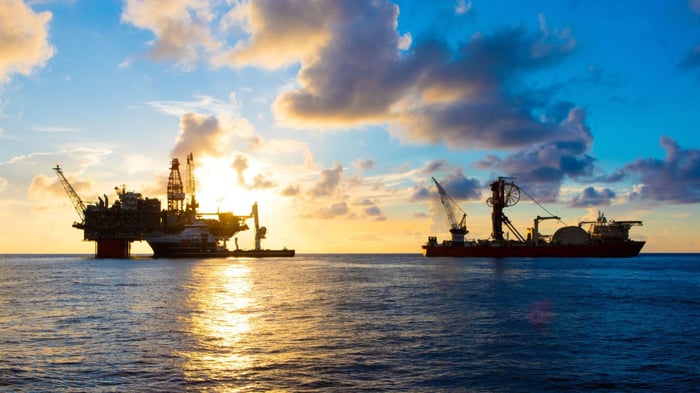 What is surprising about this past quarter is that just about every market indicator that BP uses for its business -- crude oil realization prices, heavy crude oil differential prices in North America, and overall refining margins -- worked against the company compared with both this time last year and the prior quarter. The portion of the business that performed well to offset this weakness was its supply and trading business as well as a larger contribution from its equity interest in Russian oil company Rosneft. 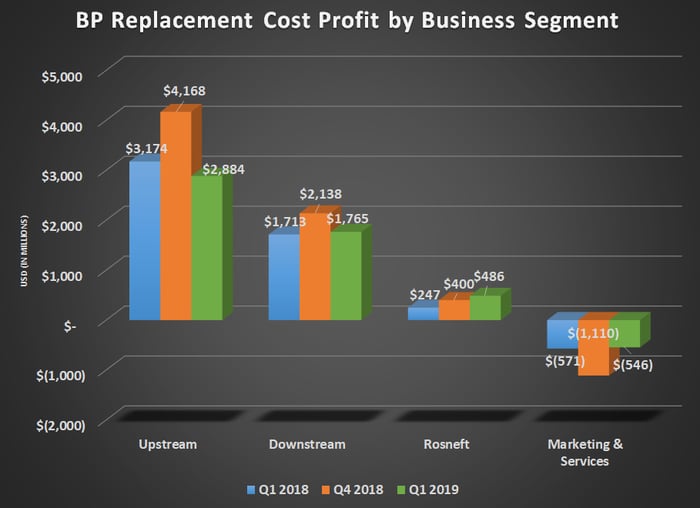 When BP announced it was buying BHP Group's upstream oil and gas business, it also announced it would divest about $10 billion in assets over the next two years to help keep debt levels down and -- in management's words -- to high-grade the portfolio toward higher-return assets.

The thing is, there are a lot of companies looking to sell assets right now, and all those assets for sale suggest it's a buyers market. When asked on the conference call about interest in BP's assets held for sale, CFO Brian Gilvary seemed optimistic.

[W]e did $600 million of cash that came in the first quarter. We have a suite of packages in the Lower 48 that we've talked about. I guess we've been surprised by the level of interest in the packages. There appears to be a lot of expressions of interest, and we already have, across three of the package suites, a first round of indicative bids in, so actually, that market looks pretty well underpinned on the disposal side, and as you say, there's a lot of activity in the market, but there's still an awful lot of interest in those assets, both from neighboring companies that you'd expect that are close to proximity of some of those assets, and also from private equity, which we've seen across the piece.

You can read a full transcript of BP's conference call here. 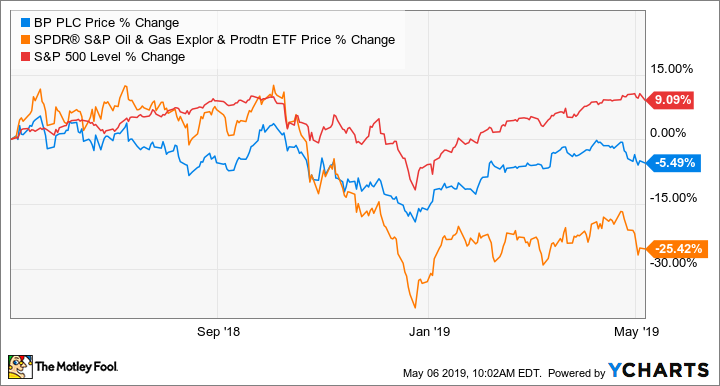 Based on BP's recent string of results and management's plans to grow its dividend and share repurchases once it gets done digesting this recent acquisition, it would appear that the company is on a decent path to reward shareholders. That offer doesn't seem too appealing to Wall Street, though, as its stock is down over the past year and its stock trades at a modest P/E of 14.6 and a dividend yield of 5.6%.

It's impossible to say whether oil prices will rise from here, but management's projections are all based on Brent crude oil at $55 a barrel in 2021. Those are pretty conservative estimates considering where oil prices are today and suggests that the company should be able to produce good returns over the next few years. Whether or not Wall Street considers that a great value proposition remains to be seen, but it's a decent value for individual investors to consider if there is any chance of oil prices going higher between now and then.