Please ensure Javascript is enabled for purposes of website accessibility
Log In Help Join The Motley Fool
Free Article Join Over 1 Million Premium Members And Get More In-Depth Stock Guidance and Research
By Todd Campbell – Updated May 6, 2019 at 1:00PM

The company is one step closer to securing an OK for its new cholesterol-busting drug.

After reporting that the Food and Drug Administration has accepted the application for approval of bempedoic acid, its new cholesterol-lowering treatment, Esperion Therapeutics (ESPR -3.74%) saw its shares trade 11.5% higher at 1:30 p.m. EDT on Monday.

Esperion Therapeutics, a clinical-stage biotech with one drug in development, is all-in on bempedoic acid, a once-daily oral medicine that lowers bad cholesterol by working upstream of statins, the most widely prescribed medications in the world. 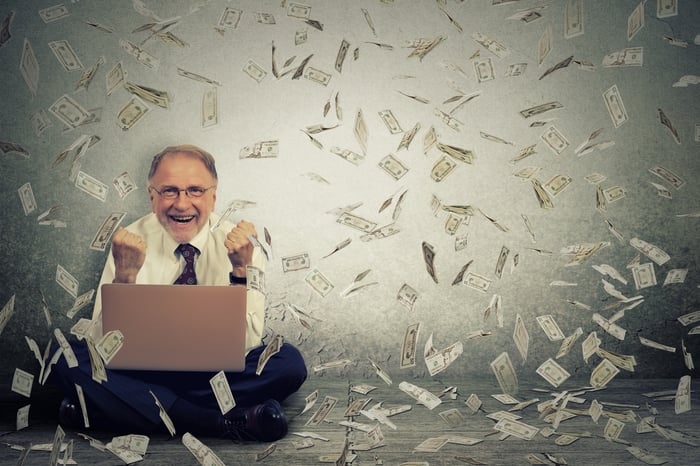 The company is pursuing FDA approval for bempedoic acid as monotherapy and as a single-pill combination with Zetia, a drug that's generated billions of dollars in revenue by helping patients struggling to achieve their cholesterol targets.

On Monday, management announced the FDA has accepted its application for approval of both the single-pill and combination-pill regimen, clearing the stage for regulatory decisions on Feb. 21, 2020, and Feb. 26, 2020, respectively. Esperion says the FDA has communicated it isn't expecting to require a pre-decision advisory committee meeting, suggesting an easier pathway to approval.

An eventual approval would be significant for the company because there are an estimated 18 million Americans alone with atherosclerotic cardiovascular disease who still fall short of their cholesterol goals, despite widespread availability of statins.

The lack of an advisory committee meeting is particularly encouraging because it suggests the FDA isn't overly concerned with bempedoic acid's safety. If it were, then it's more likely the regulator would convene a panel of experts to weigh in with their opinions on the drug's value.

If approved, bempedoic acid could win widespread use. When used alongside statins, monotherapy reduced bad cholesterol levels by an additional 18%, while the combination pill reduced it by an additional 29%. Bempedoic acid also appears effective in millions of patients deemed intolerant to statins because of side effects, including muscle weakness. When used without statins, monotherapy reduced bad cholesterol by 28%, while the combination pill lowered it by 44%.

There's no guarantee bempedoic acid will get a green light next year, or that it will become a top seller, but I like its odds. Its oral delivery suggests pricing that could undercut expensive add-on treatments for stubbornly high bad cholesterol levels, including complex monoclonal antibody PCSK9 inhibitors. If so, then Esperion Therapeutics' $1.2 billion market cap may still undervalue its opportunity.