Stocks staged a comeback from morning lows, with Sinclair Broadcasting soaring on a deal with Disney, and Berkshire Hathaway sinking after reporting results.

Stocks opened sharply lower Monday in reaction to President's Trump's threats to raise tariffs on China, but steadily regained ground during the session. The Dow Jones Industrial Average (^DJI 0.10%) the S&P 500 (^GSPC -0.12%) both ended the day with surprisingly small losses. 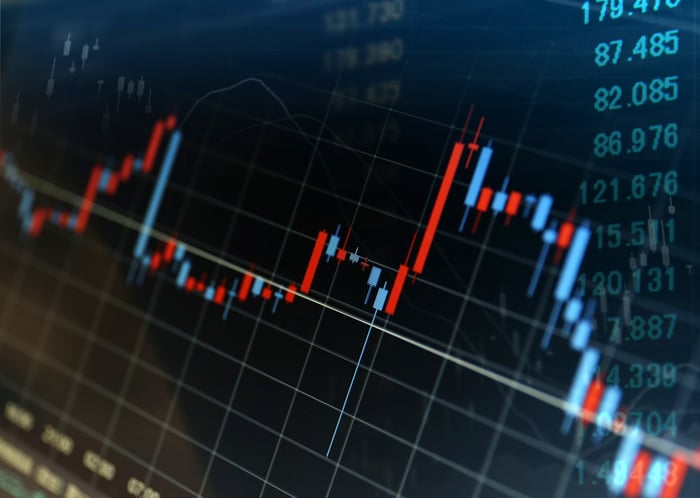 Sinclair Broadcast Group gets a bargain

Shares of Sinclair Broadcast Group soared 34.6% as the market reacted to Friday's news of the company's purchase of 21 regional sports networks from Disney. The networks were part of Disney's acquisition of assets from Twenty-First Century Fox, and their sale was a condition of the approval of that deal by the Department of Justice.

Sinclair will pay $9.6 billion for the portfolio, the largest collection of regional sports networks in the market, and one that includes exclusive local rights to 42 professional teams, including 14 Major League Baseball teams, 16 National Basketball Association teams, and 12 National Hockey League teams. The portfolio generated $3.8 billion in revenue from 74 million subscribers in 2018. The deal didn't include the YES network, which Disney is reportedly shopping to Amazon and the New York Yankees.

That Sinclair was the company to win the deal may not have been a big surprise, but investors clearly loved the price tag, which was way below what observers had been predicting. Sinclair is betting on the future value of live sports feeds, scarce resources that can be bundled or licensed in an era when sports gambling could drive a growing interest in the content.

Berkshire held its annual shareholder meeting  -- nicknamed "Woodstock for capitalists" -- this weekend and released results for the first quarter, but investors didn't join the party Monday, and Class B shares fell 2.5%.

Net earnings of $8.81 per Class B share are basically meaningless for the company, since it has to report unrealized gains and losses on its extensive investments. Operating profit, the income generated by its businesses, grew 5% to $5.56 billion on revenue growth of 3.8%. The company's cash hoard increased to $114.2 billion from $112 billion last quarter.

Investors are watching carefully what Warren Buffett's company is doing with that cash and may have been disappointed with the level of share buybacks last quarter. Buffett has said that Berkshire could potentially repurchase as much as $100 billion of its stock, but in the first quarter the company repurchased only $1.7 billion worth of its shares, with Buffett commenting at the annual meeting that he doesn't regard the stock as a bargain at the moment.