Please ensure Javascript is enabled for purposes of website accessibility
Log In Help Join The Motley Fool
Free Article Join Over 1 Million Premium Members And Get More In-Depth Stock Guidance and Research
By Evan Niu, CFA – May 7, 2019 at 3:15PM

Repurchasing $24 billion worth of stock will do that.

In early 2018, just a couple months after tax reform was passed, Apple (AAPL -1.51%) CFO Luca Maestri outlined a new goal that the company would be pursuing over time: getting Apple's capital structure to "net cash neutral." That target entails reducing the company's net cash, which includes its total cash as well as total debt, down to $0. Apple had finished 2017 with $162.7 billion in net cash when including commercial paper, a form of short-term debt that companies often use for working capital purposes. 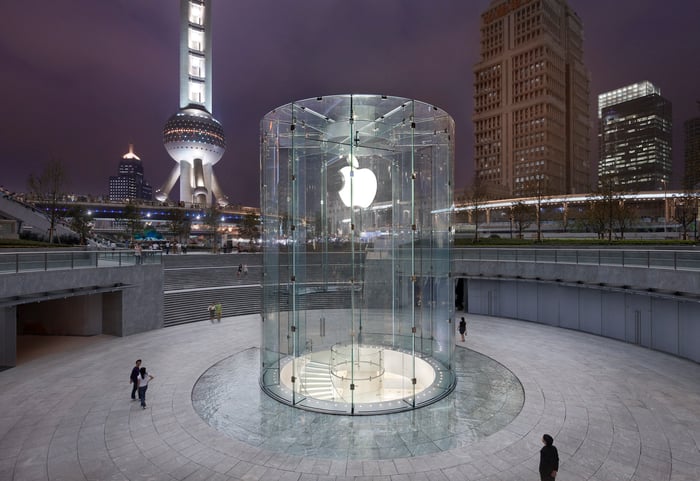 Apple had slowed its repurchase activity in the fourth quarter because it fell short of its revenue forecast. But depressed share prices throughout the first quarter combined with a better-than-expected outlook for the second quarter seemingly gave the company more confidence to ramp back up with buybacks. Apple repurchased $24 billion worth of stock in the first quarter. 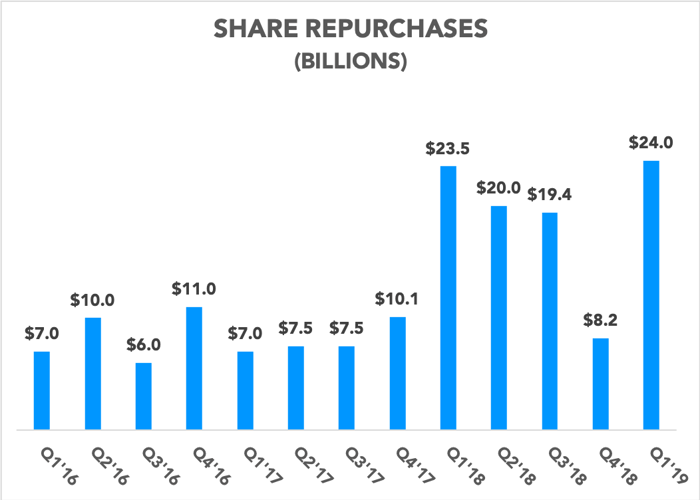 When including other forms of capital return such as dividends and dividend equivalents ($3.4 billion) as well as net share settlements ($100 million), Apple returned a total of $27.6 billion to investors during the first quarter. Net share settlements are when employees use shares to satisfy tax withholding requirements associated with the exercise or vesting of equity-based compensation. They are considered a type of capital return since the company technically repurchases the shares from the employee, and that cash is used to cover the taxes. 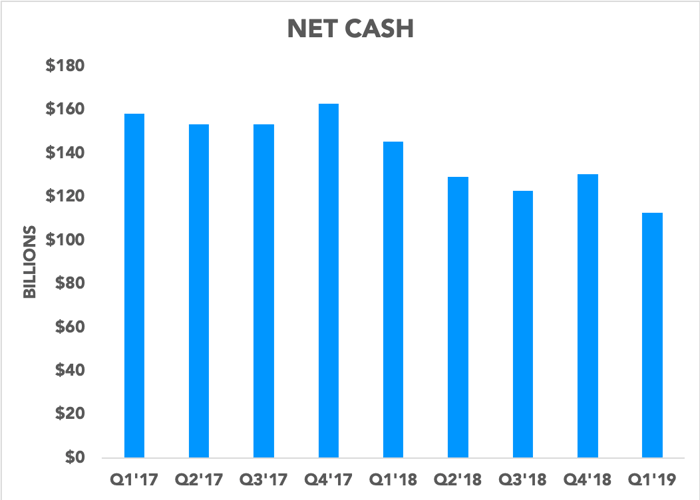 Historically, Apple's net cash position has occasionally ticked higher, mostly due to the simple fact that the company generates so much cash that it struggles to give it away fast enough. But tax reform has given Apple significantly more flexibility in managing its global cash hoard, as it can now freely repatriate cash after paying deemed repatriation taxes of $38 billion.

It's quite likely that Apple will be able to get its net cash position below $100 billion within the next quarter or two. Maestri had never explicitly set a time frame for when Apple would get its net cash to $0, but instead framed it as a long-term goal to work toward. At this rate, the company could get there sooner than you think.