Please ensure Javascript is enabled for purposes of website accessibility
Log In Help Join The Motley Fool
Free Article Join Over 1 Million Premium Members And Get More In-Depth Stock Guidance and Research
By Matthew DiLallo – May 7, 2019 at 10:00AM

The provider of remote communications solutions is starting to see a pickup in offshore services.

RigNet (RNET) has struggled in recent years due to the downturn in the offshore drilling market. Industry conditions, however, are starting to improve, thanks to higher oil prices and a reduction in offshore drilling costs. The uptick in that market, as well as the company's efforts to diversify, are starting to boost its financial results, which was evident in the first quarter. 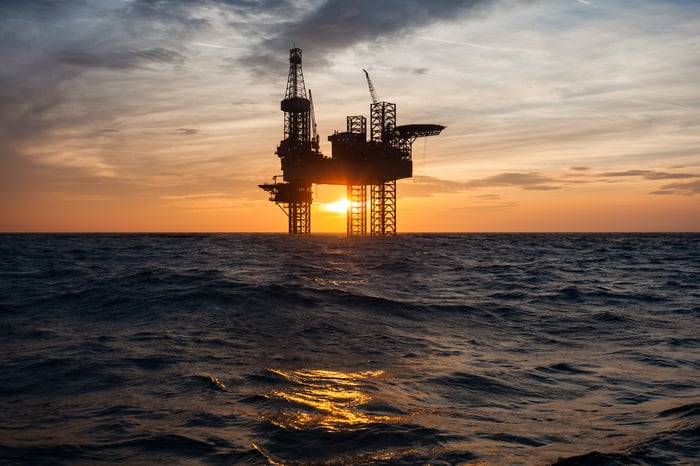 Once again, RigNet delivered solid operating results, growing total revenue in the first quarter of 2019 by 7% compared to the first quarter of 2018. Revenue increased in each of our reporting segments and improved adjusted EBITDA 13% year over year. We continue to see increasing data intensity across our customer base, creating more sales opportunities for RigNet's highly differentiated and bundled solutions. The intersection of managed communications, machine learning, and cybersecurity is leading customers to think differently about their digital transformation efforts and they are choosing to partner with RigNet because of the dependency between network performance and the performance of critical business applications.

RigNet's underlying business continues to improve. The company expanded the site count of its managed communication services business thanks to an uptick in drilling activities. On top of that, the company continues to see the adoption of its newer offerings such as machine learning and cybersecurity, which drove healthy growth in its apps & IoT division. The company is benefiting from the increased use of data to drive decisions in the energy sector.

RigNet is finally starting to see some improvement in the offshore drilling sector. The company signed a three-year contract with an offshore driller to provide managed communications services for that company's current fleet as well as new rigs it may acquire. In addition, RigNet secured contracts to provide services to two offshore oil production platforms in Angola that should start during the third quarter. The company also continued building out its wireless communications capabilities in the U.S. Gulf of Mexico, which it expects to complete during the second quarter. These initiatives, when combined with the continued adoption of its apps & IoT solutions, should help drive continued growth throughout the remainder of the year.