Please ensure Javascript is enabled for purposes of website accessibility
Log In Help Join The Motley Fool
Free Article Join Over 1 Million Premium Members And Get More In-Depth Stock Guidance and Research
By Keith Speights – May 7, 2019 at 10:44AM

The drugmaker's Q1 update is weighing on its share price.

Shares of Mylan (MYL) were down 17.2% as of 10:53 a.m. EDT on Tuesday. The drugmaker reported disappointing first-quarter financial results before the market opened.

Mylan posted Q1 revenue of $2.5 billion, down 7% year over year and well below analysts' consensus revenue estimate of $2.69 billion. The company had adjusted earnings per share (EPS) of $0.82, a 15% year-over-year decline. However, this EPS figure topped the Wall Street consensus estimate of $0.79. 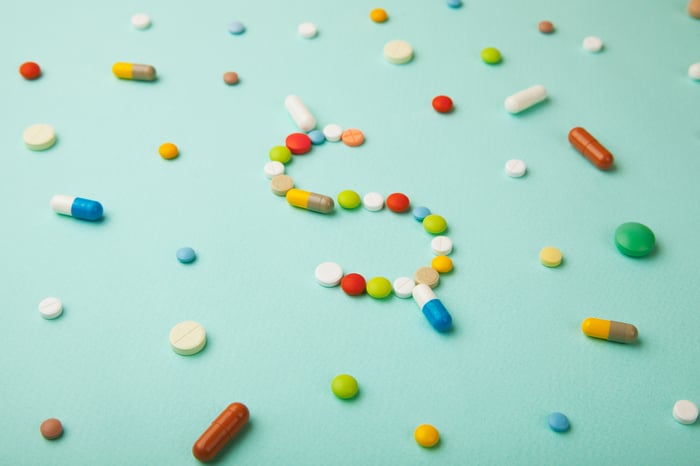 The drugmaker continues to face significant headwinds in the U.S. generic market. As CEO Heather Bresch stated in the company's fourth-quarter conference call, "Value has certainly been extracted out of the U.S. marketplace." In addition, Mylan is still dealing with the fallout from issues identified by the U.S. Food and Drug Administration (FDA) at its Morgantown, West Virginia, manufacturing facility.

But while there are reasons for concern, there doesn't appear to be a reason to panic. Mylan competes internationally. More than 60% of the company's revenue comes from outside the U.S.

Granted, Mylan had some issues with its European business in the first quarter. European sales fell 14% year over year. However, 8 percentage points of that decline were caused by currency fluctuations. Much of the rest of the slide stemmed from temporary challenges -- customers' timing of purchases and the negative impact on sales from the adoption of a new system for identifying individual drug packets in Europe.

Perhaps the most important thing to keep in mind is that Mylan still expects full-year 2019 revenue between $11.5 billion and $12.5 billion. This range is in line with Wall Street expectations. And the midpoint of the revenue guidance range reflects year-over-year growth of 5%.

Mylan now just needs to deliver on its guidance to reassure investors. The company can't change the dynamics of the U.S. generic market. However, it can and will continue to press on with new product launches. In addition, the temporary issues in Europe that weighed on sales in the first quarter should be less problematic throughout the rest of 2019.