Please ensure Javascript is enabled for purposes of website accessibility
Log In Help Join The Motley Fool
Free Article Join Over 1 Million Premium Members And Get More In-Depth Stock Guidance and Research
By Dan Caplinger - May 8, 2019 at 9:33AM

Chuy's Holdings (CHUY -0.39%) has gone through a lot over the past several years. Dramatic expansion has taken the Tex-Mex restaurant experience to areas of the country that have never had anything like it, and that's good news for millions of diners far beyond the company's hometown of Austin. Yet Chuy's has also had to deal with tough conditions in the industry, including rising labor costs and growing competition among eateries of all types.

Coming into Tuesday's first-quarter financial report, Chuy's shareholders really just wanted to see the company hold its own after seeing big challenges recently. Chuy's went one step better, producing growth on the bottom line, and that has some investors excited about where the Tex-Mex chain could be headed for the remainder of 2019. 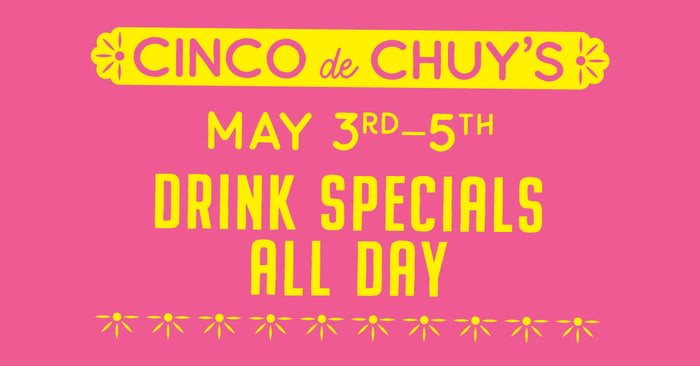 Chuy's chips away at the competition

Chuy's first-quarter results were finally able to reverse tough figures from previous periods. The restaurant chain saw revenue climb almost 9% to $102.1 million, almost exactly matching what most of those following the stock had wanted to see. Adjusted net income climbed roughly 12% to $3.6 million, and that produced adjusted earnings of $0.21 per share, topping the consensus forecast for $0.19 per share on the bottom line.

Fundamentally, Chuy's regained some upward momentum. Comparable-restaurant sales were up 3.2%, more than triple last quarter's showing, driven primarily by customer spending more money during their visits to the chain's locations. Chuy's managed to overcome unfavorable weather during the period, although fortuitous placement of New Year's Eve and Easter added a fraction of a percentage point to comps for the quarter.

Elsewhere, higher costs continued to plague the company. Chuy's said that total operating costs climbed by nearly a full percentage point relative to overall revenue, with commodity pricing, labor, and higher marketing expenses all weighing on results. It took a dramatic boost in employee tax credits to help lift Chuy's net income to where investors wanted to see it.

Chuy's expansion efforts slowed during the quarter as well. The company said it opened one new restaurant in the first quarter and has subsequently opened two more so far in the current quarter. These locations are doing well, but the five to seven new restaurants Chuy's plans to open in 2019 is a considerable pullback from the pace of expansion in past years.

What's next for Chuy's?

CEO Steve Hislop explained his view of the positive results. "We believe our recent marketing efforts have contributed to the stabilization of our traffic trends," Hislop said, "as we have focused on improving brand awareness in newer markets and driving frequency in our existing markets." The CEO also noted that positive traffic trends were an encouraging sign.

Chuy's expects more of the same strategically going forward. Hislop said Chuy's will keep using marketing to boost sales, and it hopes to put technology to work to enhance the customer experience and look at off-premises initiatives like delivery and pickup.

In terms of guidance, Chuy's still expects most of the same results for the full year that it did three months ago. Comps will likely grow just 1.5% to 2.5%, and earnings of $0.91 to $0.95 per share will mark modest growth from 2018 levels. Chuy's did say it expects lower tax rates than previously projected, but that won't necessarily make a huge difference to the bottom line.

Chuy's investors didn't have a huge celebration after the report, as the stock stayed unchanged in after-hours trading following the announcement. If the Tex-Mex master can deliver a repeat performance in future quarters, though, then shareholders might well look back at this quarter's results as the turning point in Chuy's corporate history.