Please ensure Javascript is enabled for purposes of website accessibility
Log In Help Join The Motley Fool
Free Article Join Over 1 Million Premium Members And Get More In-Depth Stock Guidance and Research
By Chris Neiger – May 8, 2019 at 3:38PM

The cloud software company continued to build its customer base and boost sales.

HubSpot (HUBS -0.07%), a cloud-based sales and marketing platform specialist, released its first-quarter results on May 7. Sales and adjusted earnings both exceeded the company's guidance for the quarter.

Non-GAAP diluted earnings came in at $0.36 per share, outpacing the company's guidance of $0.24 per share at the midpoint. Non-GAAP net income for the quarter reached $16.2 million, which was a massive increase from $6.4 million in the first quarter of 2018. 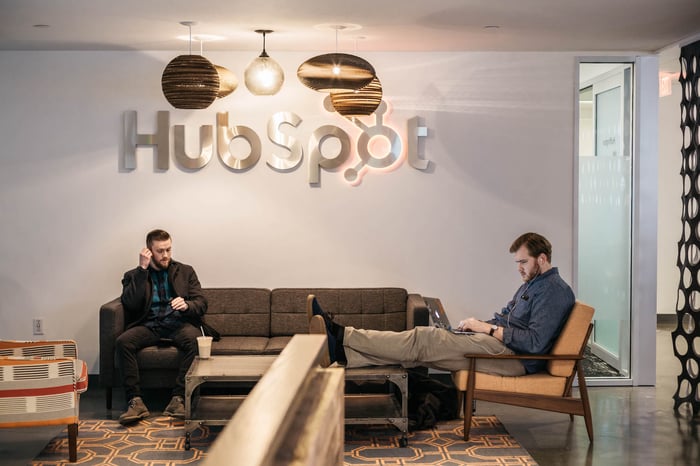 Bueker pointed out that HubSpot's subscription revenue per customer fell 2% in the quarter and addressed the drop by saying, "We continue to expect this metric to bounce around depending on product mix and the amount of new versus installed base selling in any quarter."

HubSpot's co-founder and CEO, Brian Halligan, also took some time during the call to address an outage the company (and some of its customers) experienced at the end of March:

I have talked to a lot of our customers who were hit by it. And if any of those customers are listening on the call, I just would apologize for it. It was disruptive for you, it was disruptive for us, and that was a long day on HubSpot. So we're kind of disappointed in ourselves frankly about that outage.

Halligan noted that HubSpot built a new reliability team in the weeks following the one-day outage and that the company was changing some of its processes to help prevent similar interruptions.

The midpoint of HubSpot's second-quarter guidance would be a 28% year-over-year increase in sales and a 39% jump in non-GAAP earnings.

Bueker said on the call that "2019 is off to a strong start. I'm pleased with the growth in revenue, free cash flow, and non-GAAP operating profit we delivered in Q1."