Please ensure Javascript is enabled for purposes of website accessibility
Log In Help Join The Motley Fool
Free Article Join Over 1 Million Premium Members And Get More In-Depth Stock Guidance and Research
By Jim Crumly – May 8, 2019 at 4:15PM

Stocks mostly held steady Wednesday after a tweet from President Trump injected some new optimism about a trade deal with China. The Dow Jones Industrial Average (^DJI -1.62%) and the S&P 500 (^GSPC -1.72%) finished mixed.

As for individual stocks, Lyft (LYFT -4.76%) fell despite reporting strong growth, and Electronic Arts (EA -1.52%) beat its guidance for the quarter. 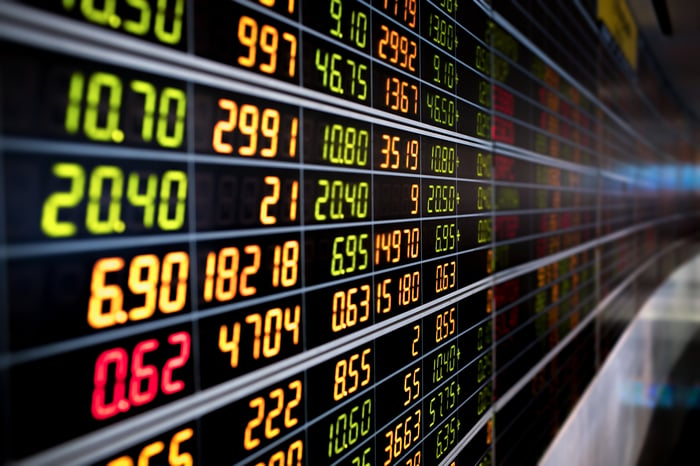 Ridesharing company Lyft reported quarterly figures for the first time since its initial public offering (IPO), but results that beat expectations weren't enough to lift the share price, which skidded 10.8%. Revenue increased 95% from the period a year ago to $776 million, above the $739.5 million analysts were anticipating. Net loss on a GAAP basis was $1.14 billion, compared with a loss of $234 million last year, but excluding stock compensation and other special charges, the loss was $228 million, or $9.02 per share.

Revenue guidance was also above the analyst consensus, so why did the stock fall? The share price seesawed in after-hours trading yesterday after the report and was even up about 2% early today, so the report itself was probably fine. The imminent Uber IPO and news this morning of a driver strike may have spooked investors already worried about rapidly escalating costs and the fact that profitability is still years away.

Video game developer Electronic Arts reported a decline in revenue and profit in its fiscal fourth quarter, but beat its guidance and gave a strong forecast for the upcoming year. Shares opened up 6.9% but settled down to a gain of 1.2% by the close.

Analysts on the conference call were happy to hear that sports games are growing, and that Apex Legends -- EA's free-to-play battle royale game -- was the fastest-growing game the company has ever had, quickly reaching 50 million players, 30% of whom were new to EA.