Please ensure Javascript is enabled for purposes of website accessibility
Log In Help Join The Motley Fool
Free Article Join Over 1 Million Premium Members And Get More In-Depth Stock Guidance and Research
By Maxx Chatsko – May 8, 2019 at 9:19AM

The diversified streaming company expects to see a surge in production. Can it erase the pain of a sour performance in 2018?

Although it bills itself as a low-risk investment in gold and precious metals, streaming and royalty company Franco-Nevada (FNV 1.97%) saw its shares fall 12% in 2018. The "low-risk" label isn't necessarily unwarranted. Rather than deal with shovels and the fine print of regulations, the business provides capital to get projects off the ground and then agrees to buy certain levels of production at set prices. Therefore, even though it whiffed on initial full-year 2018 guidance for gold equivalent ounces (GEO) due to project delays, the companies doing the mining shouldered the majority of the burden.

Management has already brushed off last year's performance and gently encouraged investors to think longer term. Full-year 2019 guidance calls for a healthy bump in GEOs from last year. More important, the core project driving growth is expected to ramp production throughout the year and set the stage for a huge 2020. Here's what investors will be watching when Franco-Nevada reports Q1 2019 earnings. 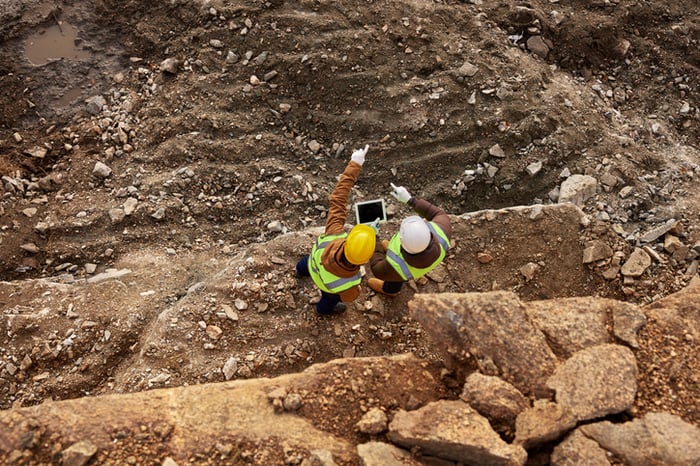 Franco-Nevada achieved record production of 497,000 GEOs in 2017 and had enjoyed a continuous string of year-over-year production growth since 2013. A little portfolio reshuffling and transitioning assets brought that streak to an end last year. While that was the expectation from the beginning, full-year 2018 production settled at 448,000 GEOs -- below the low end of management's initial guidance range and even below production levels from 2016. The company realized lower volumes for gold, silver, and platinum group metals.

To be fair, management's initial full-year 2018 revenue guidance for energy products was in the neighborhood of $55 million, then increased to a midpoint of $70 million. Actual revenue for the year settled at a record $86 million, representing 13% of total revenue. Silver linings aside, the streaming and royalty company will be looking to get back on track with its long-term growth strategy this year. 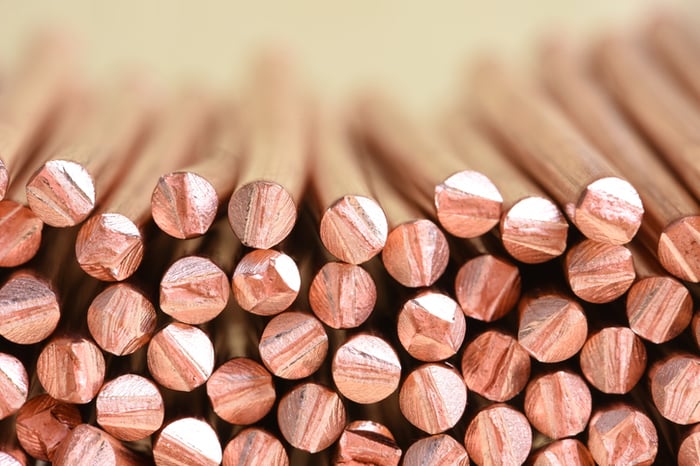 First, the most important catalyst for the business is the Cobre Panama copper mine owned by First Quantum. The project produced its first ore in mid-February and is expected to contribute 20,000 to 30,000 GEOs for Franco-Nevada in 2019. It represents the first major copper stream for the business -- a key part of management's diversification strategy -- and will be the source of significant production growth as it ramps over the next few years. Investors will want to make sure the project remains on track.

Second, investors might have reason to think management has undershot the energy portfolio's potential once again. Even the high end of full-year 2019 energy revenue guidance is below last year's actual result of $86 million, but it's worth noting that initial expectations assume West Texas Intermediate prices of $55 per barrel. That's well below current prices, which, given current market fundamentals and geopolitical factors, might remain that way for the year. Will management raise guidance for energy revenue?

It's important for the business to get back on track in 2019, especially if operations are going to deliver on the five-year outlook. Franco-Nevada expects Cobre Panama to drive total annual production for the company to 570,000 to 610,000 GEOs in 2023, while energy revenue is expected to climb to $140 million to $160 million that year. A lot can change between now and then, but delivering in Q1 2019 will be an important first step nonetheless.