Please ensure Javascript is enabled for purposes of website accessibility
Log In Help Join The Motley Fool
Free Article Join Over 1 Million Premium Members And Get More In-Depth Stock Guidance and Research
By Rich Smith – May 8, 2019 at 12:51PM

Shares of gaming industry and lottery supplier Scientific Games (LNW 1.87%) stock are up 18.2% (as of 12:25 p.m. EDT) after management reported a pro forma profit for fiscal Q1 2019 -- where Wall Street had predicted a pro forma loss.

Expected to report losses of $0.06 per share on $834 million in sales last night, Scientific Games instead said it earned $0.13 per share on sales of $837 million. 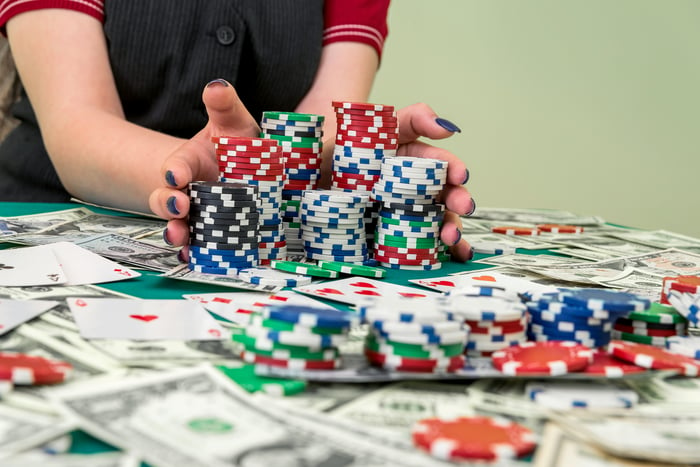 Granted, Scientific Games' "earnings" were of the pro forma variety. Calculated according to GAAP accounting standards, the company still lost $0.26 per share for the quarter. But it was expected to lose much more, which makes this week's GAAP loss an earnings beat regardless.

Scientific Games management attributed the better results to a reduction in restructuring costs from the year-ago quarter, the absence of a $93 million refinancing charge taken in Q1 2018, and also a 3% rise in revenues year over year.

With $1.2 billion in the bank but $10.1 billion in debt, Scientific Games' management says it's focused on paying down debt in the quarters ahead. CFO Michael Quartieri noted that the company paid off $145 million in debt last quarter, and the IPO of the company's SciPlay subsidiary last week may have raised as much as $352 million with which to make further debt payments in the year ahead.

The more progress Scientific Games can make toward reducing its $10 billion debt load, the more likely its mere $2 billion market cap is to rise.