Please ensure Javascript is enabled for purposes of website accessibility
Log In Help Join The Motley Fool
Free Article Join Over 1 Million Premium Members And Get More In-Depth Stock Guidance and Research
By Demitri Kalogeropoulos – Updated May 8, 2019 at 7:35AM

Investors are expecting the RV maker to have a good spring selling season.

Recreational vehicle specialist Winnebago (WGO) outpaced the market last month as the stock gained 11% compared to a 4% jump in the S&P 500, according to data provided by S&P Global Market Intelligence.

The increase added to a solid year of returns for shareholders, with the stock up 20% so far in 2019. 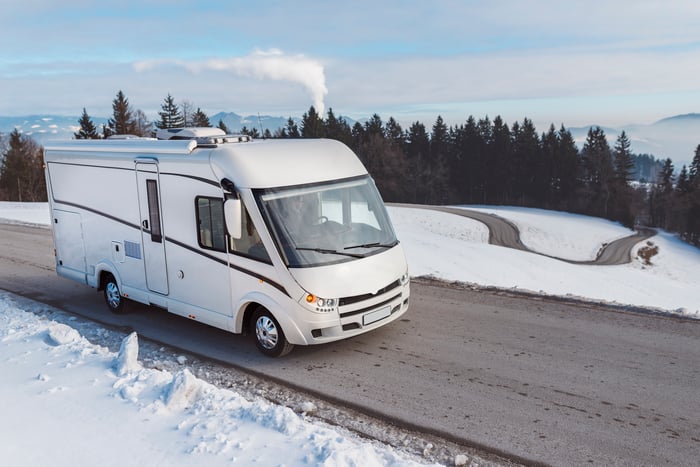 April's rally came as investors continued to digest Winnebago's latest earnings, which were released in late March. That announcement showed a sales decline that nevertheless outperformed peers as the RV industry contracted. Winnebago's motor home sales were down 17% while its towable product division fell 6%. Overall, revenue was down 8% in the period. Profitability increased, though, despite higher cost pressures and the reduced sales volumes.

CEO Michael Happe and his team believe sales trends will stabilize over the next two quarters now that dealerships have worked through excess inventory. They expect to modestly outgrow the RV market this year, but it isn't clear yet how demand will look after having expanded in each of the last nine years. Winnebago's next earnings report should clear much of that uncertainty since it will include sales for the key spring selling season.

Winnebago Hints at a Sustained Lift From COVID-19 Travel Changes