Please ensure Javascript is enabled for purposes of website accessibility
Log In Help Join The Motley Fool
Free Article Join Over 1 Million Premium Members And Get More In-Depth Stock Guidance and Research
By Tyler Crowe – May 9, 2019 at 10:19AM

The landscaping company's efforts to end some unprofitable contracts is starting to show bottom-line results.

Investors in BrightView Holdings (BV 0.51%) probably haven't been too impressed with the young company's post-IPO performance. The stock dropped more than 60% at the end of 2018 after being public for only a few short months. Fortunately, the stock has been slowly recovering since then as management has reported improving results. In fact, the landscaping company posted better-than-expected results this past quarter.

Let's look at the numbers for BrightView this past quarter and what investors should expect after the rather dismal start as a public company. 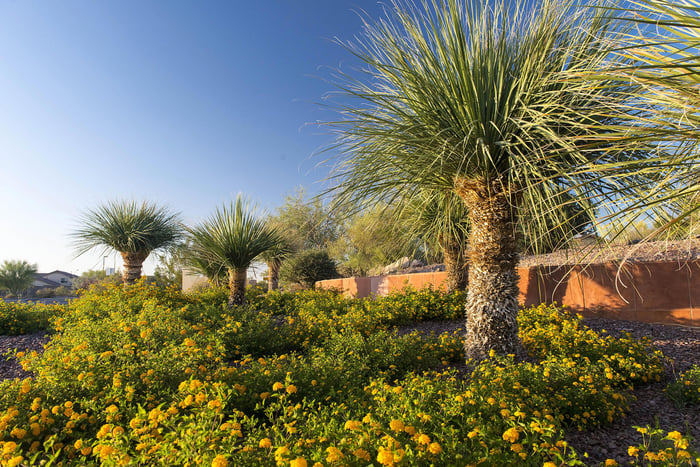 Even though BrightView's revenue increased modestly, it was able to generate better margins and earnings from that revenue thanks to the combination of exiting contracts that were unprofitable, signing up new customers at better terms, and making some bolt-on acquisitions over the past year. Two of those acquisitions closed this most recent quarter and contributed to these results.

When looking at BrightView's results, keep in mind that its development segment revenue tends to be lumpy because it comes from larger one-time jobs rather than regular maintenance contracts. 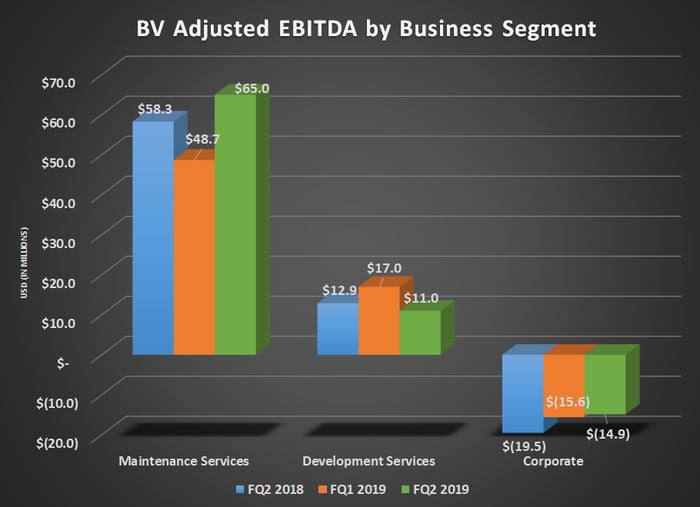 What happened with BrightView Holdings this quarter?

When CEO Andrew Masterman took the reins at BrightView, one of his initiatives was to get the company out of unprofitable contracts. This managed-exit strategy has been one of the reasons that revenue has remained rather flat despite all the recent acquisitions. On the company's conference call, Masterman noted that the impact from this managed-exit plan will now start to subside:

Included in our maintenance segment second-quarter revenue is a $9.4 million headwind from our strategic managed-exit initiative. This brings the total revenue impact for managed exits to $20.2 million for the first six months of fiscal 2019. And as we have consistently mentioned, we implemented this initiative to optimize our customer portfolio, focus our account managers on delivering extraordinary customer service, and ultimately to enhance our profitability.

We have now concluded all of the customer negotiations associated with this targeted management-exit initiative. And with that we can confirm that the third-quarter fiscal revenue will include an impact from managed exits of less than $9 million. Beyond the third quarter, where there is a tail to the program, the managed-exit revenue impact will decline compared to the prior four quarters. That tail, which runs into early fiscal 2020, will be less than a total of $8 million.

You can check out a full transcript of BrightView's conference call here. 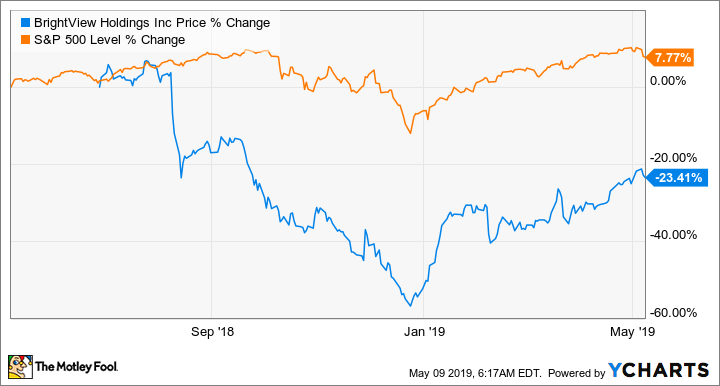 It's probably presumptuous to say that BrightView is now on a road to recovery after such a tough start as a public company. Its business is certainly looking better with improving margins, and it appears that Masterman's managed-exit plan is having the desired effect on the bottom line. The company is still not profitable, but management remains optimistic about its chances of improving the balance sheet and delivering profitable growth from here on out. If the company can fulfill that promise, then perhaps the stock can put this tough start behind it.