Please ensure Javascript is enabled for purposes of website accessibility
Log In Help Join The Motley Fool
Free Article Join Over 1 Million Premium Members And Get More In-Depth Stock Guidance and Research
By Danny Vena – May 9, 2019 at 2:00PM

At least one analyst thinks the House of Mouse has opportunities that will drive its stock price significantly higher.

The past several years have been an exercise in patience for Disney (DIS 1.78%) investors. Fears regarding the rise of streaming and the effect of cord-cutting on the future of ESPN had some investors moving to the sidelines, leaving the stock range-bound for nearly three years.

Those concerns seem to have taken a back seat lately to a growing number of opportunities for the House of Mouse. The company's theme parks are scheduled to debut the latest Star Wars-themed attractions in the coming months and Disney recently provided details about its upcoming service, Disney+, which will debut in November. That will be followed by the release of Star Wars: The Rise of Skywalker in December, the final chapter in the Skywalker saga.

One analyst thinks these opportunities are much greater than many believe and has made a surprisingly bullish call on Disney. Let's look at his argument to see if investors should follow his lead.

Daisy Ridley portrays Rey in a scene from the upcoming Star Wars: The Rise of Skywalker.

BMO Capital Markets analyst Daniel Salmon recently raised his price target on Disney stock to $170 from $140, suggesting the stock could rise more than 27% from today's price. Salmon's enthusiasm was based on the potential for Star Wars: The Rise of Skywalker. Since the movie represents "the end of a multi-film story arc" that has "played out over 40 plus years and created fans across generations," he believes it can "drive outsized box-office performance."

This is the second such increase by the analyst in as many months. In early April, in advance of the company's investor day, Salmon upgraded Disney to outperform from market perform (essentially moving it to buy from hold) and raised his stock price target to $140 from $114. His main argument against owning the stock had been a lack of clear catalysts to boost the shares. He became increasingly bullish about the opening of the new Star Wars: Galaxy's Edge attractions at both Disneyland in Anaheim in May and Disney's Hollywood Studios in Orlando in August, as well as the debut of Disney+ later his year.

For evidence that the end of a multi-film story can drive significant box-office returns, investors need to look no further than Avengers: Endgame. The movie shattered opening weekend box-office records, crossed $2 billion in box office receipts in record time, and is on track to seize the all-time worldwide box-office record from Avatar in the coming weeks.

Obviously, Endgame had more going for it than just being the conclusion of a long-standing story arc, but it does help illustrate that Salmon has a point -- Star Wars: The Rise of Skywalker will likely be a blockbuster, even if it doesn't rise to the level of Endgame. The two previous movies in the trilogy, Star Wars: The Force Awakens and Star Wars: The Last Jedi, reportedly earned $780 million and $415 million, respectively, in profits for the House of Mouse. So the final installment will probably bank profits somewhere in that range.

The opening of Star Wars: Galaxy's Edge at Disney's theme parks will only help stoke excitement for the upcoming Skywalker film. Likewise, the buzz for the movie may inspire fans to visit the new theme-park attractions -- which is surely part of Disney's master plan. 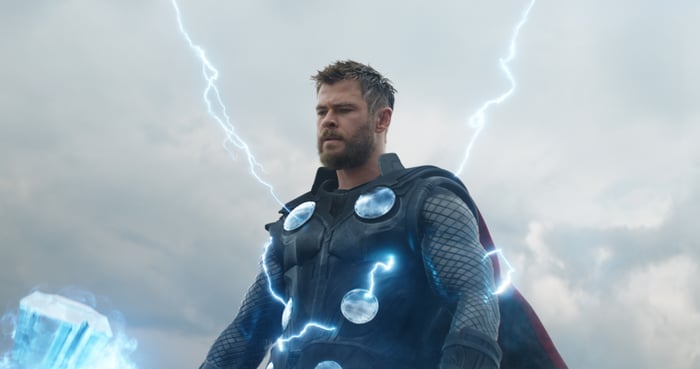 Finally, Disney is expecting to grow the subscriber base for its upcoming Disney+ streaming service to between 60 million and 90 million by 2024. Even at the low end of its estimates, 60 million subscribers paying about $6.99 per month could add more than $5 billion annually to Disney's coffers -- and that doesn't include any additional contributions from Hulu or ESPN+.

Obviously, stockholders don't want to make investing decisions based on the whims of every Tom, Dick, or Harry analyst. That said, it seems Salmon has outlined plenty of good reasons to be upbeat about Disney's prospects. This is all the more reason investors should give Disney a look.