Please ensure Javascript is enabled for purposes of website accessibility
Log In Help Join The Motley Fool
Free Article Join Over 1 Million Premium Members And Get More In-Depth Stock Guidance and Research
By Dan Caplinger - May 9, 2019 at 9:02AM

Despite some setbacks in certain areas, the tech company has high hopes about what’s coming down the road later this year.

It's hard to overestimate just how much innovation there is in technology right now, and as artificial intelligence makes further advances, Nuance Communications (NUAN) is aiming to take advantage of favorable trends. Having been a first-mover in the important niche of voice recognition, Nuance now is moving in a new direction in search of even longer-term growth objectives.

Coming into Wednesday's fiscal second-quarter financial report, Nuance investors wanted to see signs that its strategic efforts are bearing fruit. Nuance's numbers were hard to parse, but the company seems as enthusiastic as ever about its prospects for accelerating growth for the remainder of 2019 and beyond. 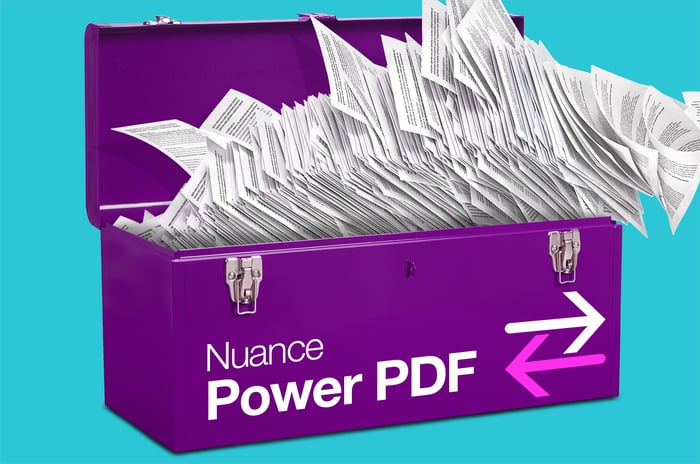 How Nuance fared to start 2019

Nuance's fiscal second-quarter results were a success in the company's eyes. Nuance said that it exceeded its expectations for both margin and earnings per share, and its revenue figures were at the high end of its previous guidance. Under the new ASC 606 accounting standards, the company reported adjusted revenue of $411.2 million, and adjusted net income came in at $57.3 million. That worked out to adjusted earnings of $0.20 per share. Year-earlier figures calculated under the old ASC 605 rules weren't directly comparable, and it wasn't entirely clear whether those following the stock were assessing Nuance based on old or new accounting rules in coming up with their consensus forecasts.

When you break out Nuance's numbers by segment, hosting was the sole bright spot in terms of revenue growth. Hosting revenue grew 9% from year-ago levels, with the Dragon Medical product, enterprise omnichannel cloud, and automotive-connected offerings creating expanded business opportunities for the company. By contrast, maintenance and support revenue fell about 3% year over year due to the shift toward recurring-revenue models. Perpetual product and licensing sales were similarly off 2%, and recurring product and licensing took a 7% sales hit due to the winding down of certain noncore business activities. Professional services revenue was weak as well, falling by a third from year-ago levels.

In terms of legacy business segments, organic sales growth was strongest in enterprise, solid in automotive, and weakest in healthcare. However, automotive was slightly less profitable, while enterprise again led the way and healthcare came out in the middle.

Gains in recurring revenue were supportive of Nuance's business-model shift. Revenue from recurring sources climbed 2.5% and now makes up nearly 80% of all sales coming into the company.

Can Nuance get going?

CEO Mark Benjamin was pleased with how the quarter went. "We delivered on our commitments," Benjamin said, "and made significant progress with our strategic initiatives and programs." The CEO specifically noted the completion of the sale of its imaging business as well as the coming spinoff of its automotive unit as key events defining Nuance's future.

Nuance made extensive revisions to its guidance. On the revenue front, Nuance now expects sales of $1.852 billion to $1.884 billion, with greater revenue in the enterprise segment helping to offset weaker expectations in healthcare. However, better margin performance in healthcare should lift the unit's profitability. Nuance added about $0.03 per share to its projections on adjusted earnings, now forecasting a range of $1.13 to $1.21 per share for its bottom line. Confusingly, Nuance gives some of its values under the new ASC 606 standards while providing most of its guidance under ASC 605, which it intends to be its primary basis for advising investors over the coming year.

Nuance shareholders appeared reasonably pleased with the report, and the stock climbed about 1.5% in after-hours trading following the announcement. With its focus squarely on recurring revenue, Nuance has done a good job of making a tough transition, and shareholders hope that the way forward will be easier for the tech company.