Please ensure Javascript is enabled for purposes of website accessibility
Log In Help Join The Motley Fool
Free Article Join Over 1 Million Premium Members And Get More In-Depth Stock Guidance and Research
By Todd Campbell – Updated May 9, 2019 at 4:28PM

Sales slipped from the fourth quarter, but there's still a lot to like about this company.

Using genomics to identify genetic risks and inform treatment decisions is revolutionizing healthcare, but disruption rarely happens in a straight line -- a fact that was reinforced by Invitae's (NVTA -1.23%) first-quarter financial results. Despite an increase in demand for genetic screening, the company's year-over-year revenue growth fell shy of industry watchers' estimates, sparking a steep sell-off in its shares. Were Invitae's results as bad as investors think? 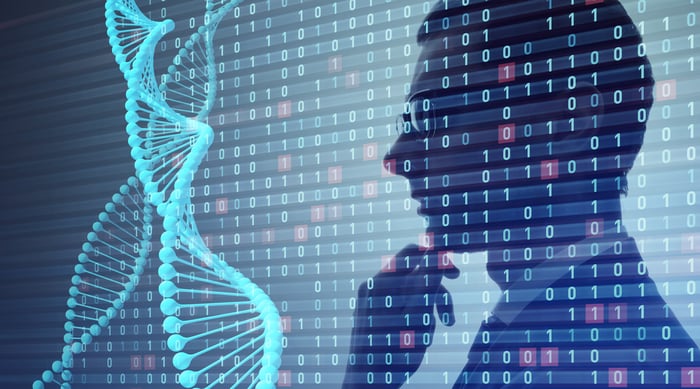 Despite the quarter-over-quarter uptick in accessioned volume, revenue of $40.6 million was below the $45.4 million reported in Q4 and it was $6.6 million lower than Wall Street was anticipating. Nevertheless, revenue still increased 46.5% year over year, a much faster growth rate than peers Genomic Health (GHDX) and Myriad Genetics (MYGN -1.50%), which reported year-over-year revenue growth of 17% and 18%, respectively, in the first quarter.

Invitae's revenue disappointment was mostly due to changing customer mix. It pocketed 10% less from Medicare beginning Jan. 1 because of reductions under the Protecting Access to Medicare Act of 2014, or PAMA, which dictates that payment for tests equals the weighted median of private payer rates, updated every three years.

Furthermore, changes in payer mix in its pharmaceutical partnering business also contributed to lower revenue per test. And tests paid by patients, which also have a lower price point, increased to 15% of billable tests from 10% entering 2018. Seasonal weakness in the first quarter didn't help, either. Invitae's average revenue per test was $455, down from $518 in Q4, and that drop that wasn't made up for by volume.

Nevertheless, the company told investors on its earnings conference call that its first-quarter performance, despite the pricing headwinds, puts it on track to exceed its previously issued guidance for 500,000 tests and $220 million in revenue.

Management's been reducing its average cost per test and it made more headway in the first quarter, lowering those costs by 19% year over year.

Driving down cost per test is key to its strategy to lower screening prices to a point where anyone can learn their genetic profile, regardless of insurance coverage. It's also critical to boosting gross margin and, ultimately, allowing the company to make the jump to profitability. In Q1, its gross profit of $19.3 million was more than double the amount reported one year ago and its gross margin improved to 48% from 35%.

The gross margin improvement is good, but management told investors on its conference call that it's pushing back plans toward operating profits so that it can establish leadership in genetic screening. Specifically, CFO Shelly Guyer said, "Rather than drive toward near-term profitability, we have elected to make the investments that will put even more distance between Invitae and our competitors and allow us to reach our aspirational 2020 goals." Those goals include 1 million tests and over $500 million in revenue in 2020, an auspicious target given its sales forecast of $220 million this year.

To deliver on next year's goal, the company will boost spending on research and development to expand its cancer offering and establish a direct-to-consumer channel. There are 1.7 million new cases of cancer diagnosed every year that could benefit from genetic screening and the direct channel will launch this quarter, making testing available to the masses.

The increased spending means management no longer thinks its cash burn will fall in the second half of 2019. Instead, it thinks its burn may increase. It's guiding for full-year cash burn to be 50% higher than it was in 2018. 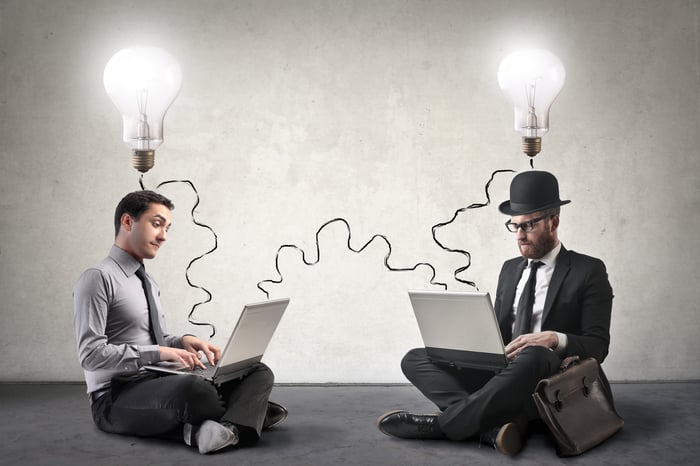 The delay in profitability isn't a bad thing if it means Invitae gains an advantage over competitors and establishes itself as the go-to player in what's expected to be a massive market. That thinking is reinforced by management's conviction that it can get to profitability with the capital and funding sources it already has at its disposal, despite the uptick in spending this year. Exiting Q1, it has $287.1 million in cash and equivalents on its balance sheet.

It's also encouraging that operating expenses, while higher in absolute terms, grew much slower than revenue did in the first quarter. Its operating expenses only increased 20% from last year, suggesting significant operating leverage exists in this business.

Overall, genetic research is leading to game-changing new gene therapies, and doctors and insurers are discovering that genomics can result in better treatment decisions and patient outcomes. Furthermore, a drop in genetic screening prices supports future demand for prenatal, neonatal, and consumer-direct sales, as does increasingly widespread insurance coverage.

While I suspect average prices per test will continue to decline, creating a headwind that volume will have to overcome, I also believe we're on track to lower prices to levels that will make genetic screening standard for everyone. If I'm right, then Invitae's first-quarter drop may simply be a blip on what proves to be a massive increase in revenue over the long term.