Please ensure Javascript is enabled for purposes of website accessibility
Log In Help Join The Motley Fool
Free Article Join Over 1 Million Premium Members And Get More In-Depth Stock Guidance and Research
By Steve Symington – May 9, 2019 at 10:00AM

The home robotics company technically fell short of Wall Street's revenue expectations in Q1, but management insists all is well.

After drifting higher for the first few weeks of last month, iRobot shares plunged 23% on April 24 alone after the company confirmed its quarterly revenue had climbed 9.5% year over year, to $237.7 million, translating to earnings of $22.5 million, or $0.78 per share. Analysts, on average, were modeling earnings of only $0.59 per share on higher revenue of $251.4 million. 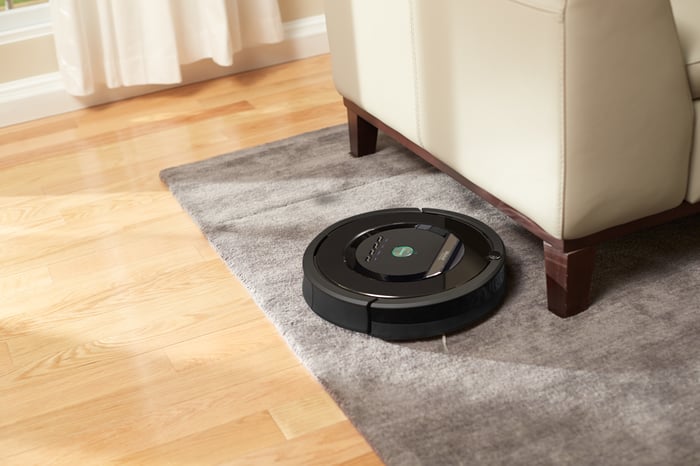 Even so, during the subsequent conference call, management insisted that its first-quarter revenue was in line with the company's internal expectations. Chairman and CEO Colin Angle added sell-through was "good, setting us up for the higher year-over-year Q2 2019 revenue growth rate we discussed last quarter."

iRobot also highlighted better-than-expected demand for its premium i7 and i7+ Roomba models even after increasing prices to help offset the impact of tariffs on products imported from China. To that end, Angle also noted that iRobot is continuing to work on expanding its manufacturing and supply chain outside of China to provide a more permanent resolution to the tariff problem.

To be fair, iRobot's ability to live up to that guidance assumes three planned new product launches later this year go off without a hitch, one of which we already know will involve the limited launch of iRobot's new Terra robotic lawn mower.

Alas, our skeptical market likely won't bid up iRobot shares again until the company shows more tangible progress toward either meeting or beating its full-year guidance. If that happens, I think last month's drop could be short-lived.