Please ensure Javascript is enabled for purposes of website accessibility
Log In Help Join The Motley Fool
Free Article Join Over 1 Million Premium Members And Get More In-Depth Stock Guidance and Research
By Jeremy Bowman – Updated May 9, 2019 at 2:44PM

Shares of the festive retailer jumped after the company made progress in its first-quarter earnings report.

Party City (PRTY) investors were partying today after shares of the beaten-down retailer jumped on its first-quarter earnings report -- the stock was up 13.5% as of 1:35 p.m. EDT.

Though the results weren't particularly spectacular, the company said it secured a much-need helium source, solving a problem that it had plagued it in previous quarters, and added that it would close 45 stores as part of its turnaround strategy. 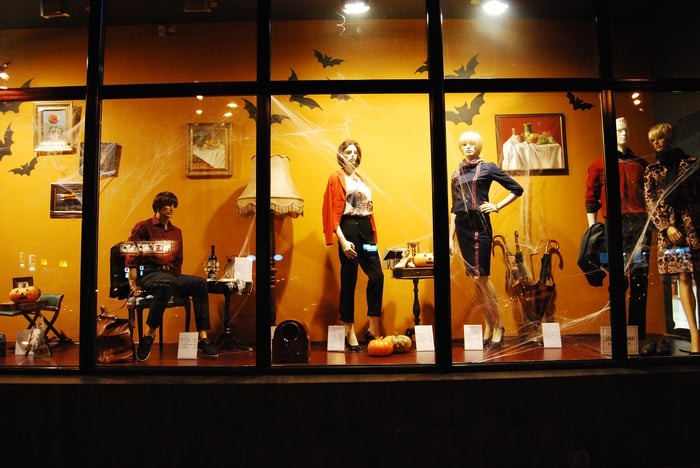 Comparable sales fell 1.4% in the quarter as the helium shortage knocked 2 percentage points off sales; bad weather also weighed on results. Overall revenue was up 1% (2% in constant currency) to $513.1 million, which missed estimates of $519.7 million.

Gross margin fell 350 basis points in the quarter to 33.7%, though that was due to inventory writedowns in conjunction with Party City's store optimization program. The company said it would shutter 45 of its 870 stores as part of that plan, more than its usual annual closures of 10 to 15 locations. CEO James Harrison explained, "We've made the decision to close more stores than usual in order to help optimize our market level performance, focus on the most profitable locations and improve the overall health of our store portfolio." Harrison also said the company secured a new source of helium beginning in the summer and lasting for 2 1/2 years.

On the bottom line, adjusted earnings per share fell from $0.07 to $0.01, which matched estimates.

The retailer reiterated its revenue and non-GAAP earnings guidance for the full year: comparable sales growth of 1%, revenue of $2.49 billion to $2.54 billion, and adjusted earnings per share (EPS) of $1.61 to $1.72 -- all of which were in line with estimates. The revenue gains from the new helium supply seem to be replacing the revenue loss from the additional store closures.

Party City shares seem to be rallying on the news, in part because the stock was so cheap to begin with. Based on the EPS forecast above, it was trading at a price-to-earnings ratio of less than 5, which is almost unheard-of. Even without earnings adjustments, the stock is trading at a P/E of around 7. Considering that price, as well as the new helium supply and the increased store closures, Party City continues to look like a good value play.