Shares of Yeti (NYSE:YETI) have tumbled about 15% since the company delivered its first-quarter earnings report last week, and onlookers would be justified in thinking that perhaps investors were doing the cliched "taking profits off the table" maneuver, because the cooler maker's beat-and-raise performance doesn't seem to justify the decline.

After the run-up in Yeti's stock following its IPO last October -- and it was up 140% in 2019 alone, before the earnings report -- maybe the market figured the share price had gotten ahead of itself. In addition, the company pulled forward some shipments that had been expected to get booked in the second quarter, and the coming quarter provides the smallest sales contribution of the year, so it's more understandable why some investors may have gotten nervous that things would turn sour sooner rather than later.

Yet those whose investment horizon is longer than a few months should feel encouraged about the direction Yeti is heading. 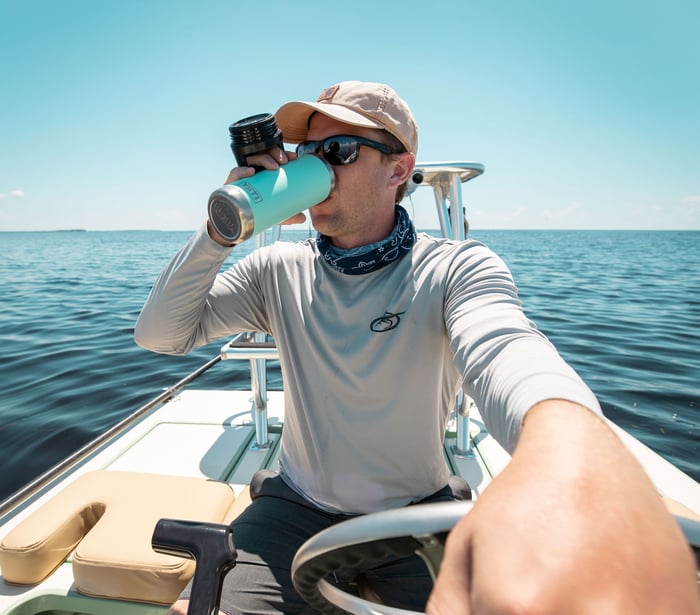 Wholesale got an early benefit

Revenue in Q1 rose 15% to $155.4 million, and the company's direct-to-consumer (D2C) channel experienced 28% growth. Sales via the wholesale channel rose 8% year over year, but some 400 basis points of the increase, or about $5 million, were for orders that occurred late in the quarter and were pulled forward to Q2.

That might have some investors worried that next quarter's results will be comparatively weak, which is possible.

Yeti's wholesale partners include large chains like Dick's Sporting Goods (NYSE:DKS), Bass Pro Shops, and REI, as well as thousands of small, independent retailers. And though the space might not look especially robust, its partners remain enthusiastic about their relationship, especially Dick's, which called out Yeti and its displays during its own earnings conference call as helping to drive sales.

This quarter-to-quarter hiccup should be a one-off event; Yeti says it is still aiming for mid-single-digit percentage growth in the channel for the year, as it has guided for all along.

And some of the drop-off in sales may be offset by a gain it will record in Q2 from its Amazon.com (NASDAQ:AMZN) Marketplace digital store. Yeti took a 300 basis point hit to sales in Q1 because of an accounting change that went into effect last year, but that will reverse itself in Q2. And though the impact is on the direct-to-consumer (D2C) side and not wholesale, it means Yeti had offsetting results this time around that will reverse next quarter.

This is why investors would do well to ignore the short-term gyrations -- they will get smoothed out over time. Yeti is still forecasting its D2C channel will experience mid-20% growth in sales. (The channel would have been up 34% had the accounting change not affected results.)

Yeti's margins will also benefit because for now, the Trump administration is not raising U.S. tariff rates to 25% from 10% as had been expected. With the U.S. and China once again in talks to iron out their differences, those threatened increases have been postponed.

Moreover, Yeti will move the majority of its soft cooler and bag production out of China by the end of the year, which should help insulate the company from any future escalations of the trade conflict.

Plenty of room to expand

The company, which at one time was a one-trick pony selling high-priced coolers, is readily transforming itself into an entire lifestyle brand that sells more drinkware and gadgets than it does coolers, though it continues to innovate in its core product line, too.

It recently added wheels to its Tundra Haul coolers, making them more practical for people to take to places they otherwise might not want to lug them, such as the beach, and it just introduced its new LoadOut GoBox, a storage container for gear that doesn't need to stay cool.

While selling folks on the coolness of wearing a Yeti hat or T-shirt helps extend the brand, the company still must move the coolers that create the halo around its other products. It expects to produce as much as 13% net sales growth this year, individual quarterly gyrations notwithstanding, and it raised its guidance range for adjusted earnings from $0.99 to $1.04 per share to a range of $1.02 to $1.06 per share.

That's why the recent stock price pullback doesn't make sense in terms of where Yeti was or where it's going. Investors with long-term mindsets should feel comfortable holding their shares.