Please ensure Javascript is enabled for purposes of website accessibility
Log In Help Join The Motley Fool
Free Article Join Over 1 Million Premium Members And Get More In-Depth Stock Guidance and Research
By Leo Sun - Updated May 10, 2019 at 12:34PM

Dropping "PUBG Mobile" in China clears the way for the world's largest video game publisher to monetize other titles.

Tencent (TCEHY -1.38%) recently pulled the plug on the mobile version of PlayerUnknown’s Battlegrounds, or PUBG Mobile as fans call it, after failing to win regulatory approval for in-app microtransactions.

The battle royale video game is one of its most popular games in China and had about 70 million active players in China, according to Renaissance China. Those active players could have generated roughly $1.18 billion to $1.48 billion in annual in-app revenues.

That sounds like a big setback for Tencent, which generated 29% of its revenue from online games last quarter and is still recovering from the nine-month freeze on new game approvals in 2018. But if we dig deeper, we'll see that the premature death of PUBG Mobile in China is actually good news for the company.

PUBG Mobile was a money pit in China

PUBG Mobile was a hit in China, but Chinese regulators blocked Tencent from monetizing the game with in-app purchases due to concerns about gaming addiction. This meant that Tencent was shouldering the server costs of hosting all those battles, but it wasn't making a cent off gamers. That's why Tencent discontinued the game, realizing that its user base could never be monetized.

PUBG Mobile can't be played in China anymore, but it remains online with microtransactions in overseas markets. Last month, Sensor Tower estimated that the game generated $320 million in revenue from those players since its overseas launch last March. 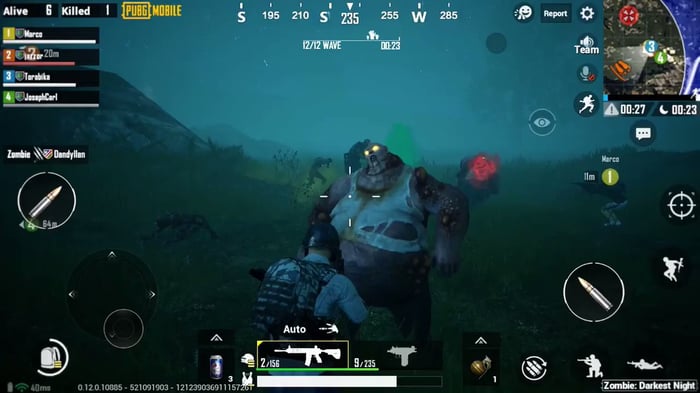 Clearing the way for a state-approved successor

PUBG Mobile's abrupt end in China surprised many gamers, but Tencent filled the void with another shooter called Game for Peace, a game that features the Chinese military fighting terrorists.

The game, which features a very similar user interface, lets players transfer over their PUBG achievements and has already been approved for monetization -- likely because it's a "patriotic" game which was designed under the guidance of the Chinese military's recruiting unit. Game for Peace may not attract as many players as PUBG Mobile, but at least it will generate revenues for Tencent.

The launch of Game for Peace could also help Tencent remain in the government's good graces, which will be essential to future game approvals.

But what does this mean for Fortnite?

Tencent investors had been waiting for the Chinese government to approve microtransactions for PUBG Mobile and Fortnite, which was launched in China a year ago.

However, Chinese regulators approved the monetization of NetEase's (NTES 0.17%) mobile Fortnite clone FortCraft, as well as microtransactions for its two PUBG Mobile clones -- Knives Out and Rules of Survival. Sensor Tower claims that Knives Out generated $81 million in revenue in China and $465 million in worldwide revenue last year.

The government's decision to approve the monetization of NetEase's battle royale games while shunning Tencent's is baffling, and suggests that regulators want to rein in the company's dominance of the mobile and gaming markets. Tencent already publishes four of the top five highest-grossing iOS apps in China, according to App Annie. It's the largest video game publisher in the world by annual revenue -- which makes it an easy target for the country's regulators.

The death of PUBG Mobile in China won't dent the growth of Tencent's gaming business, but it represents a missed opportunity. Fortnite could still suffer the same fate, but Tencent can still profit from the game's popularity in overseas markets.