Please ensure Javascript is enabled for purposes of website accessibility
Log In Help Join The Motley Fool
Free Article Join Over 1 Million Premium Members And Get More In-Depth Stock Guidance and Research
By Steve Symington - May 10, 2019 at 7:40PM

Regardless of how the market responded, the networking hardware specialist should be content with its position.

Ubiquiti Networks (UI 3.26%) announced strong fiscal third-quarter results early Friday, this time including solid growth from both its service provider and enterprise technology segments. The networking tech leader followed by suggesting its full-year results will arrive near the high end of its existing guidance range.

Shares had dropped nearly 11% by the time the markets closed for the weekend, leaving some investors scratching their heads to find out why. Let's dig in to get a better understanding of what Ubiquiti Networks had to say and why the stock slumped in response. 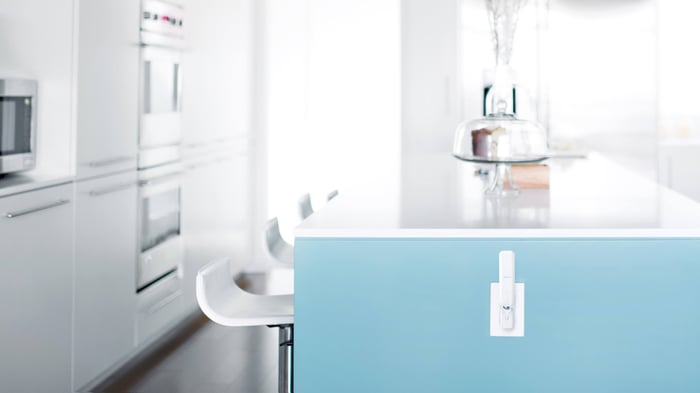 Ubiquiti Networks doesn't typically hold quarterly conference calls with investors, and this quarter was no different. But based on its performance through the first three quarters of the fiscal year, it now expects full-year results to arrive at the high end of its previous outlook range. As a reminder, that guidance was initiated last November, more recently reaffirmed in February, and called for revenue of $1.1 billion to $1.2 billion with earnings of $4.00 to $4.80 per share.

For one, it didn't help that a U.S. tariff rate hike (from 10% to 25%) took effect today on hundreds of billions of dollars in goods imported from China -- even though, as I pointed out above, Ubiquiti Networks insists it should be able to largely mitigate this headwind.

In addition, this was Ubiquiti Networks' fifth-straight quarter of exceeding earnings expectations, leaving the stock up more than 90% in the year leading up to today's report. Perhaps it should be no surprise, then, that most analysts were already modeling full fiscal-year revenue and earnings near the high end of that old guidance range.

It likely would have taken an absolute blowout report today to convince the market to bid up Ubiquiti's shares even more.