Please ensure Javascript is enabled for purposes of website accessibility
Log In Help Join The Motley Fool
Free Article Join Over 1 Million Premium Members And Get More In-Depth Stock Guidance and Research
By Jim Crumly – May 10, 2019 at 5:10PM

Stocks rebounded from trade worries, with Uber falling in its public debut and Zillow rising on success from a controversial business.

New tariffs on Chinese goods took effect Friday and stocks sank in the morning in response, but bounced back in the afternoon following optimistic comments from the Trump administration. The Dow Jones Industrial Average (^DJI -1.15%) and the S&P 500 (^GSPC -1.02%) both posted gains. 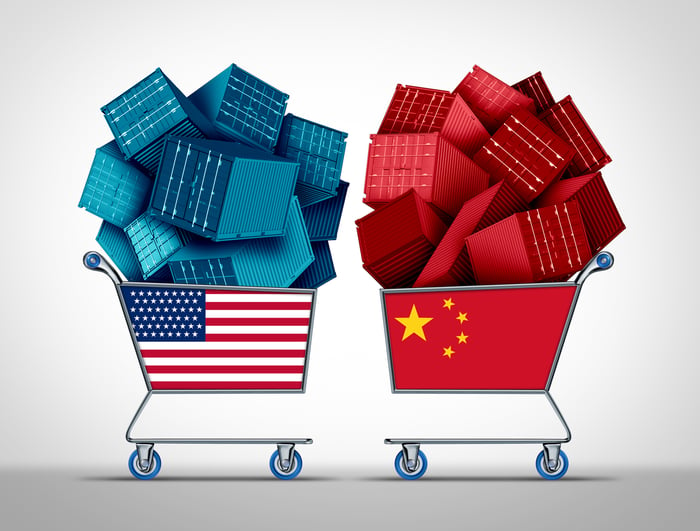 Investors were perched on the edge of their seats, waiting for shares of Uber to start trading in one of the most anticipated initial public offerings (IPOs) in years. Uber announced last night that shares would be priced at $45, near the low end of the previously announced range of $44 to $50. Investors knocked 7.6% off that price today and the stock closed at $41.57.

Uber offered 180 million shares plus an allotment of 27 million shares to the underwriters, raising $9.8 billion minus fees, including a private placement to PayPal. Based on today's closing price, the company is valued at over $80 billion. Uber had revenue of $11.27 billion in 2018, up 42% from 2017, and an operating loss of $3 billion.

A jittery market and a negative experience with the recent Lyft IPO made for a cool reception from investors, but it could be years before we know whether Uber's lofty ambitions will be realized.

Class A shares of Zillow notched a 5.5% gain after the company reported better-than-expected first-quarter results, as its homebuying service appears to be getting traction. Revenue increased 51% to $454.1 million, above guidance of $417 million to $443 million. Zillow lost $0.02 per share on a non-GAAP basis, better than the $0.19-per-share loss analysts were expecting.

The revenue gain was mainly due to strong performance by Zillow Offers, the company's service for buying homes directly from sellers and reselling them. That segment, which didn't exist a year ago, generated 28% of the company's total revenue, or $128 million. Zillow said that customer demand for the service in the eight markets where it is offered has exceeded expectations, and the company expects to have the service active in 20 markets a year from now.

Investors have been skeptical of the "home flipping" business, but Zillow says there is huge customer demand for an easier home-selling experience. The company had 35,000 seller requests in Q1 and bought 898 homes. The service is losing money as it expands, but Zillow thinks in the long term it will make a profit of between 4% to 5% per unit before interest expense.