Please ensure Javascript is enabled for purposes of website accessibility
Log In Help Join The Motley Fool
Free Article Join Over 1 Million Premium Members And Get More In-Depth Stock Guidance and Research
By Keith Noonan - May 10, 2019 at 6:27AM

A report pointing to a possible buyout translated into big gains for At Home shares last month.

Shares of At Home Group (HOME) climbed 31.5% in April, according to data from S&P Global Market Intelligence. The stock saw gains early in the month after Reuters published a report suggesting the home-furnishings retailer was exploring putting itself up for sale. 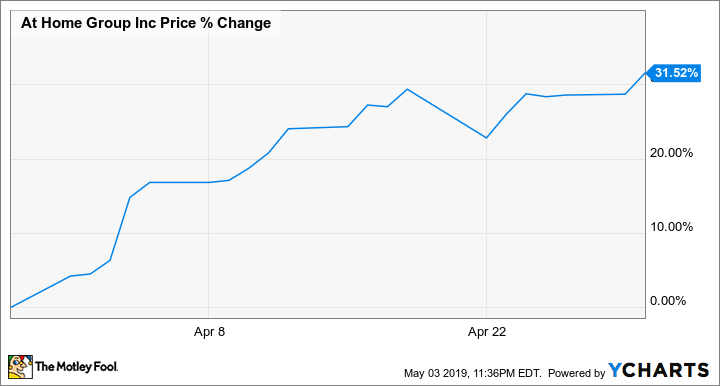 Reuters published a report on April 4 stating that At Home Group's sagging valuation had made it an acquisition target and that the company had brought on talent from Bank of America to help connect with potential buyers and sell the company. Despite its recent gains, At Home stock has traded down roughly 35% over the last year. 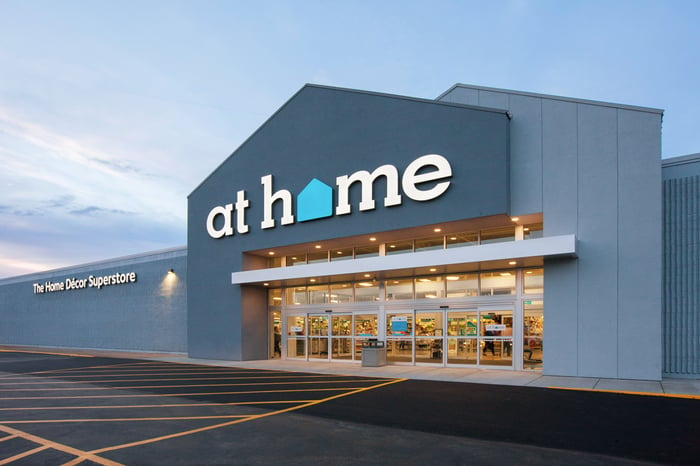 At Home Group's business model has hinged on its massive supercenters specialized in the home-furnishings space, but brick-and-mortar furniture retail remains competitive and e-commerce continues to present a long-term threat. The retailer's stock has slumped following earnings performance and guidance that have too frequently lagged the market's expectations.

At Home has managed to expand its business at a relatively rapid clip, having delivered 19 consecutive quarters of sales growth above 20%, but rising expenses and debt levels have put pressure on the stock and created a situation where a potential suitor with deeper pockets might see value and assume the reins.

At Home stock has seen a small pullback early in May, with shares trading down roughly 3% in the month so far. 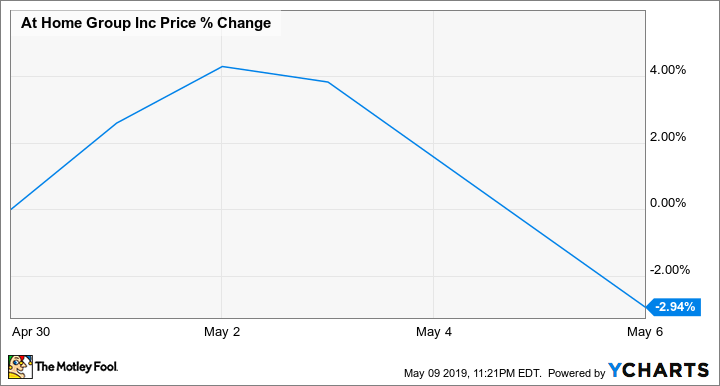 In the near term, much of the investment conversation on At Home Group will likely remain about a potential sale of the company. There haven't been any fresh developments on that front, but in the meantime, investors can continue to monitor the business' expansion effort. The company expects its annual sales growth to slow to the mid-teens this year, and it's also taking on costs associated with opening a new distribution center -- so margins will continue to be pressured. However, it also plans to open 32 new stores this year, boosting its total store count by 18%.

At Home Group has a market capitalization of roughly $1.5 billion and is valued at roughly 22.5 times this year's expected earnings.

Here's Why At Home Group Stock Shot Up Today