Please ensure Javascript is enabled for purposes of website accessibility
Log In Help Join The Motley Fool
Free Article Join Over 1 Million Premium Members And Get More In-Depth Stock Guidance and Research
By Scott Levine - May 13, 2019 at 8:35AM

Yamana Gold (AUY -0.95%), an intermediate gold producer with assets spread throughout the Americas, recently released its Q1 earnings. Reporting $407 million in revenue, Yamana failed to meet analysts' top-line estimate of $414 million; however, the company provided a pleasant surprise on the bottom line. While analysts' were looking for Yamana to break even on a per share basis, the company reported earnings, adjusted for non-recurring costs, of $0.03 per share. 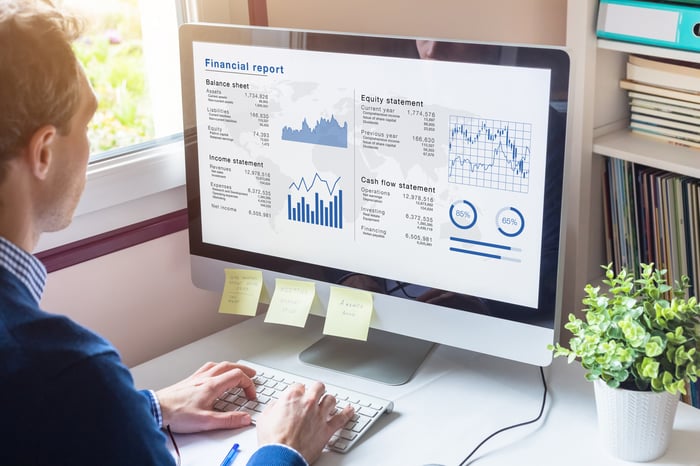 1. Digging into the top line

A cursory glance at Yamana's Q1 revenue of $407 million may give some investors pause considering the company reported $455 million during the same period in 2018. Probe a little deeper, however, and investors will find that the company's performance was actually more lustrous than they may have initially thought. The cause of the year-over-year decrease was not attributable to operational challenges but, rather, the slip in commodity prices. The average realized gold price fell from $1,328 per ounce in Q1 2018 to $1,301 in Q1 2019, and the average realized copper price fell from $3.13 per pound in Q1 2018 to $2.91 in Q1 2019.

When expanding the focus beyond revenue, in fact, it's more apparent how Yamana glittered in the first quarter. Thanks, in large part, to the contributions from Cerro Moro, overall gold and silver production increased 18% and 235% year-over-year, respectively. Additionally, Jacobina, which reported record production of 39,000 gold equivalent ounces (GEO) in Q1 represented another source of success for the company.

Upon hearing that Yamana's Q1 mineral production of 272,000 GEO exceeded management's expectations, skeptics may question at what cost the company achieved this feat. The answer: consistent with expectations. Yamana reported all-in sustaining costs (AISC) per GEO of  -- well within the range of $920 to $960. Likewise, Q1 cash costs of $666 per GEO met the company's forecasted range of $640 to $680.

Initially, it would appear that progress had been made at Canadian Malartic in the first quarter since AISC at the Canadian-located mine was $716 per GEO, more than 12% lower than the $803 per GEO reported during the same period during 2018. Management, however, largely attributes the decline to the timing of expenditures rather than operations improvements. On the other hand, cost control initiatives, higher sales, and the positive effects of currency exchange helped Minera Florida to recognize a year-over-year margin improvement. Whereas Minera Florida reported AISC per GEO of $1,403 in Q1 2018, the mine reported AISC per GEO of $1,208 in the recently completed quarter. 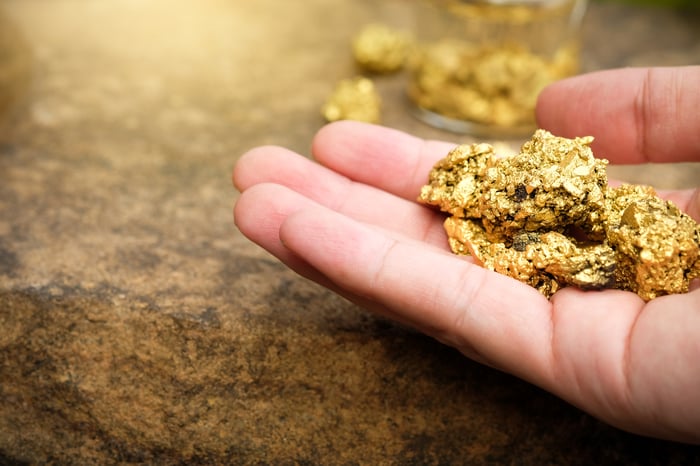 Having announced its intent to eschew acquisitions for the time being, Yamana is committed to pursuing growth through organic means. It's important, therefore, for investors to pay close attention to Yamana's pipeline to confirm that management's strategy remains intact -- especially since the company's portfolio will soon be shrinking with the imminent sale of Chapada. And based on the Q1 report, it would appear that things remain on track.

For one, the Extension Project at Canadian Malartic remains on schedule with contributions from Barnat still expected later this year and becoming more significant in 2020 and 2021. Moreover, the company made progress at Jacobina last quarter. Having completed 2,600 meters of drilling at the Brazilian mine, Yamana is committed to expanding the mineral resource at Jacobina, where it intends to define "new inferred mineral resources at grades higher than the life of mine model in the Morro do Vento and Canavieiras sectors" according to the Q1 report. In addition, Yamana recently developed a two-phase plan to expand annual production above 150,000 GEO at Jacobina.

Based on the company's Q1 results, management has reaffirmed both mineral production and cost guidance for 2019. While the lower gold and copper prices hurt the bottom line, savvy investors recognize that dealing with swings in the price of commodities is table stakes for investing in mining companies. Investors, however, should count the quarter as a success in light of the fact that annual guidance remains unchanged and growth projects in the company's pipeline remain in development.